HomeFootballDFL training compensation: Wirtz and Knauff are also in the mix
FootballFootball News

DFL training compensation: Wirtz and Knauff are also in the mix 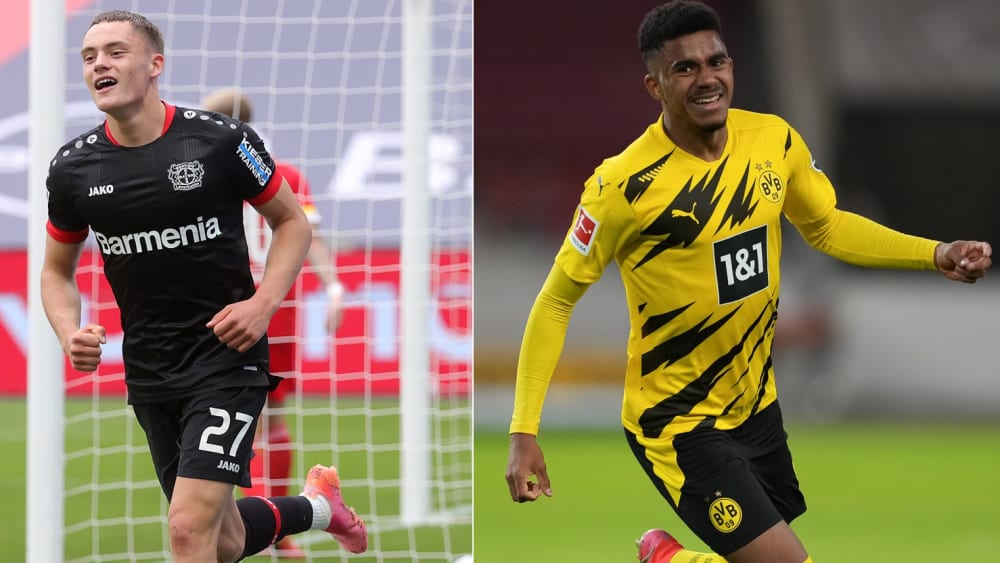 A international Florian Wirtz and U-21 international Ansgar Knauff are the most prominent cases of their former amateur clubs receiving money from a DFL pot. The highest sum goes to Rot-Weiß Erfurt.

When a licensed player makes his Bundesliga or second league debut, training compensation is due, which the DFL pays out to the amateur clubs below the 3rd division where the professionals once learned to play football.

For the period between the 6th and 11th birthday, it is 4200 euros per year, from the 12th to the 21st birthday 5400 euros per season. In total, the DFL is paying out over 1.7 million euros this time for 61 players who made their first league appearance as licensed players in 2020/21. The list of names ranges from Shinta Appelkamp (Fortuna Düsseldorf) to Florian Wirtz (Bayer Leverkusen) and Björn Zempelin (Jahn Regensburg).

The 18-year-old senior player Wirtz switched from Grün-Weiß Brauweiler to the youth team of 1. FC Köln when he was still a child. The regional league club from the Rhein-Erft district, for whom Wirtz played for just under two years from 2008 to 2010, will now receive just under 8000 euros. The first Bundesliga appearance of U-21 international Ansgar Knauff for Borussia Dortmund will benefit SVG Göttingen 07, among others: the Oberliga club from Lower Saxony, for whom Knauff played from 2006 to 2015, will be rewarded with 36,000 euros, according to the DFL.

The highest amount of more than 110,000 euros goes to FC Rot-Weiß Erfurt. Three professionals who celebrated their premiere in the Bundesliga or 2. Liga as professional players last season used to play in junior teams for the Thuringian Oberliga club: Ilia Gruev (2006 to 2015) from SV Werder Bremen, Tobias Kraulich (2014 to 2018) from FC Würzburger Kickers and Marvin Lee Rittmüller (2006 to 2016) from 1. FC Heidenheim 1846.

The fee system was applied for the first time in the 2017/18 season. Initially, only the five previous years from the effective date of the first licence player contract were decisive; following a reform, all amateur clubs from the age of 6 are taken into account. In total, almost seven million euros have been paid out since 2017/18.