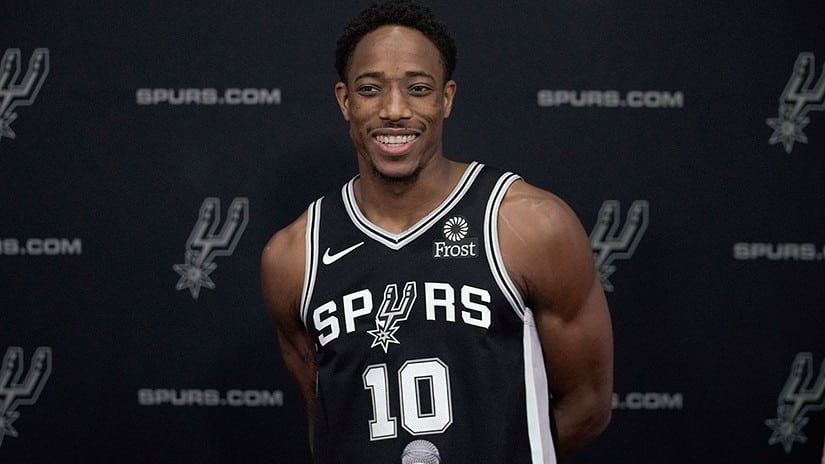 The San Antonio Spurs officially entered a new chapter in their history on Sunday night. No Tim Duncan, no Manu Ginobili, no Tony Parker and no Kawhi Leonard. This is a new team filled with fresh faces, most notably DeMar DeRozan.

DeRozan became a Spur when San Antonio chose Toronto as the trade partner for Kawhi Leonard. The prolific shooting guard wasn’t happy to leave the city he played his entire NBA career in, but last night, he made his debut in a new uniform nonetheless. DeRozan finished with seven points on 3-of-6 shooting in 18 minutes and was just happy to be on the court again. 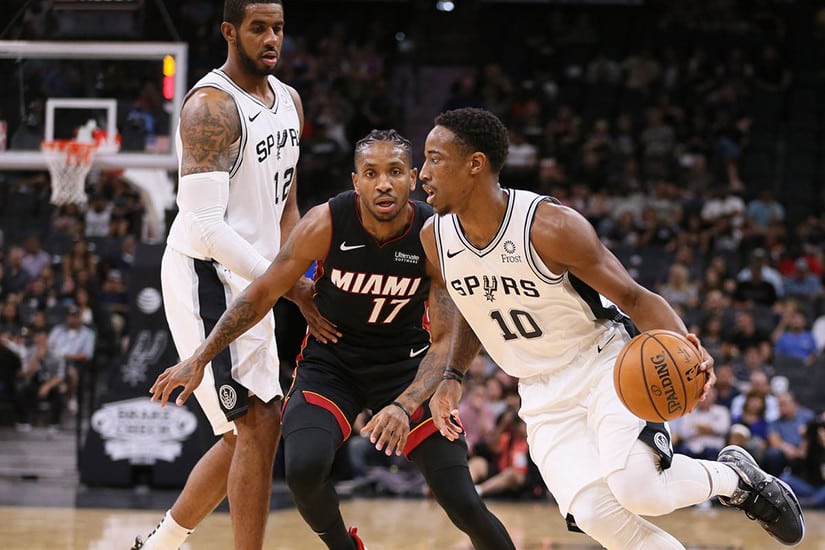 “Just getting out there, lacing them up in front of the fans for the first time, it was fun,”

“I’m glad I got to get the rust and kinks out and go out and get that part out of the way. It’s going to come along. I’m not worried at all. I was out there more anxious than anything.”

It will take time for everyone on the Spurs roster to get on the same page. Just eight of the 19 players on San Antonio’s training camp roster were there at the start of last season. Gregg Popovich knows it’ll also take time for DeRozan to get accustomed to the new surroundings and was thus satisfied with his overall performance. 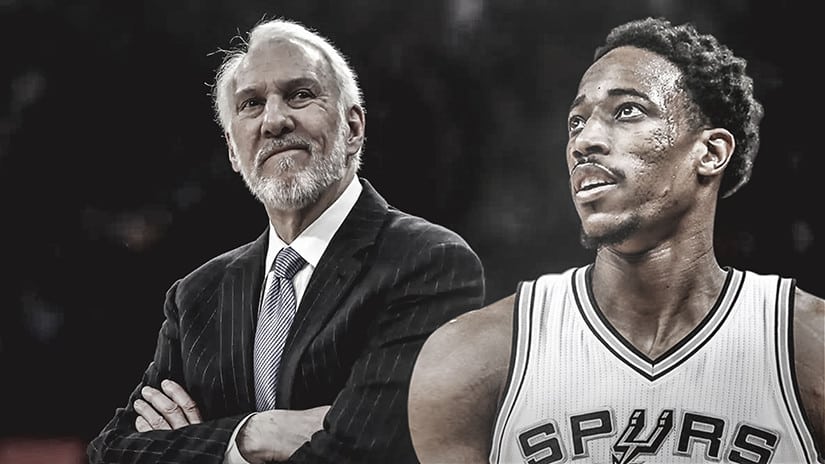 “He looked for his stuff, he helped with his teammates. It was a great first outing for him.”

The strange season ahead for San Antonio Spurs

Popovich had Pau Gasol, LaMarcus Aldridge, Rudy Gay, DeMar DeRozan, and Dejounte Murray as the starting five, but experimented with different lineups throughout the night. Patty Mills, who’s now the longest-tenured Spur, admitted it was a strange night in an already strange pre-season.

“The strangest thing was how early into training camp that we had a game,” 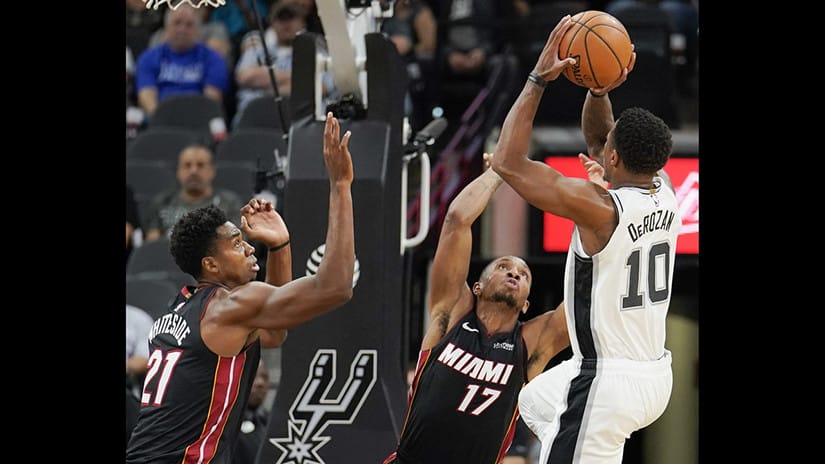 “That was the first of all the strangeness out here today, which was good in a way that we could just roll the ball out and play.”

Mills went on to say the biggest change was of course in the locker room, where many familiar names were gone. He indicated it might take time to work out who fits where and who does what best, but at the same time, the new dynamic brought excitement.

“It’s a new, fresh feeling that I enjoy. It’s a challenge.”

The San Antonio Spurs got off to a winning start in the pre-season, defeating the Miami Heat 104-100.