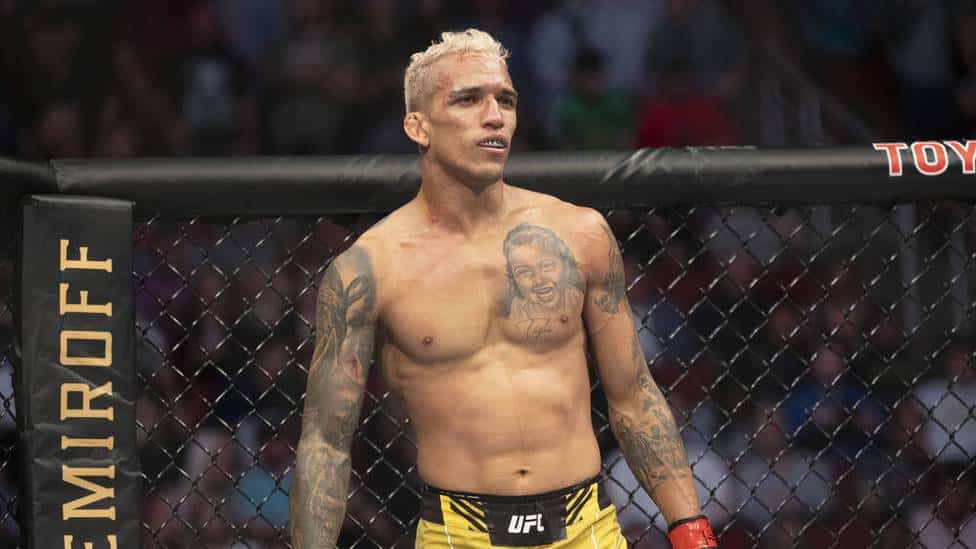 Charles Oliveira loses his lightweight title already before the fight. The reason for this is curious, how it continues as well.

Everyone knows about problems on the scales, but this time it has curious consequences!

Charles Oliveira was supposed to defend his lightweight title for the second time against Justin Gaethje at UFC 274 at the Footprint Center in Phoenix (Arizona). But it didn’t come to that, because the Brazilian weighed in half a pound (!) too much. The display showed 155.5 pounds.

The UFC reacted harshly and stripped the 32-year-old of his title. The title is now vacant.

What makes things even more curious is that the fight between Oliveira and Gaethje is to take place as planned on Saturday evening, when the actual title fight was scheduled. However, the former title holder is not eligible to win the belt again.

His US opponent, who weighed exactly 155 pounds, can be celebrated as the new title holder if he wins. Should Oliveira win, however, the title will remain vacant.

The Brazilian himself could hardly believe the incident. As he stepped onto the scales five minutes before the first weigh-in time, he looked in surprise at the commissioner as he announced the weight

He was given another hour to drop the weight but also exceeded the limit after his return – this time for good.

Oliveira had won the title last year with a victory over Michael Chandler and is currently on a run of ten straight wins. However, he has repeatedly had problems with weight in the past.

He has already exceeded the required limit four times – most recently in November 2016.