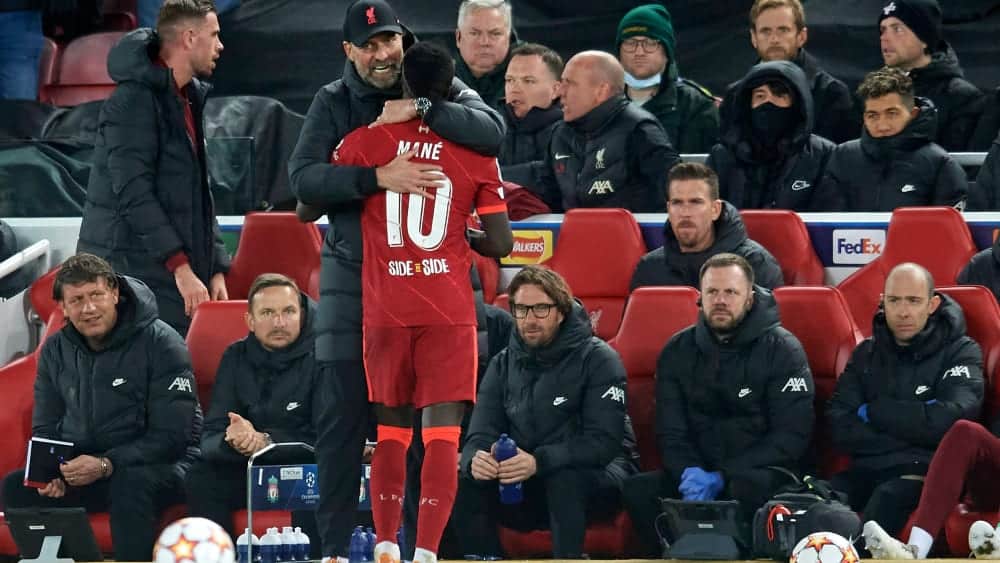 Liverpool FC have the best prospects of reaching another Champions League final. Jürgen Klopp nevertheless had to listen to quiet criticism.

Liverpool FC managed to do on Wednesday what Juventus Turin and FC Bayern had failed to do in the rounds before: they cracked Villarreal’s defensive bar time and time again, but above all, they were not in serious danger of conceding a goal once.

Because the counter-pressing worked “outstandingly” (Jürgen Klopp), the visitors only managed one shot in a Champions League semi-final first leg and that was not even on target. Liverpool could not have made it much clearer who was favourite to reach the final.

Nevertheless, Klopp was his usual cautious self in assessing the interim score. “It’s 2-0, half-time, no more, no less,” he said, dutifully warning, “It’s a dangerous result. Nothing has happened yet.” In the second leg – with no away goals rule – his team must be “on full alert” and play “as if there is nothing to defend”.

TV pundit Owen frets that Villarreal “still have a pulse “

Did Klopp himself even diminish the chances of an even better starting position? “I think he made changes that almost didn’t encourage us to go for another goal,” “BT Sport” pundit Michael Owen quietly criticised. Klopp’s bringing on the much more defensive Joe Gomez for Trent Alexander-Arnold, for example, did not please the former Liverpool attacker.

“He saved some energy,” Owen said, adding that he thought the match would have been decided with a third goal. Now, however, it was still alive in the second leg. “Villarreal still have a pulse.”

With three titles still possible, an early Premier League kick-off on Saturday (1.30pm at Newcastle) and big-name bench options, Klopp really could not be blamed for taking goalscorer Sadio Mané, captain Jordan Henderson (both 72nd minute), Alexander-Arnold and Luis Diaz (both 81st) off the pitch. Nevertheless, the game in the final phase did indeed have more the character of a less than intense training match. The Reds controlled it and seemed to be satisfied with the result – just like Villarreal.

The Spaniards are now fully committed to the second leg on Tuesday , which they will play at home, unlike against Juve and Bayern. “At home we will try to change something, maybe tactically,” announced coach Unai Emery, whose counter-attacking match plan had not worked at all in Liverpool. “The game will be very different.” His announcement: “They will have to suffer more than today. “

However, Klopp had assumed that anyway. “We know that a tricky atmosphere is waiting for us. These players, this coach will fight for it with everything they have.” But: “What I like is that we will also fight with everything we have. “