Cameroon with a run-up: Aboubakar and Toko Ekambi ensure the highest win so far 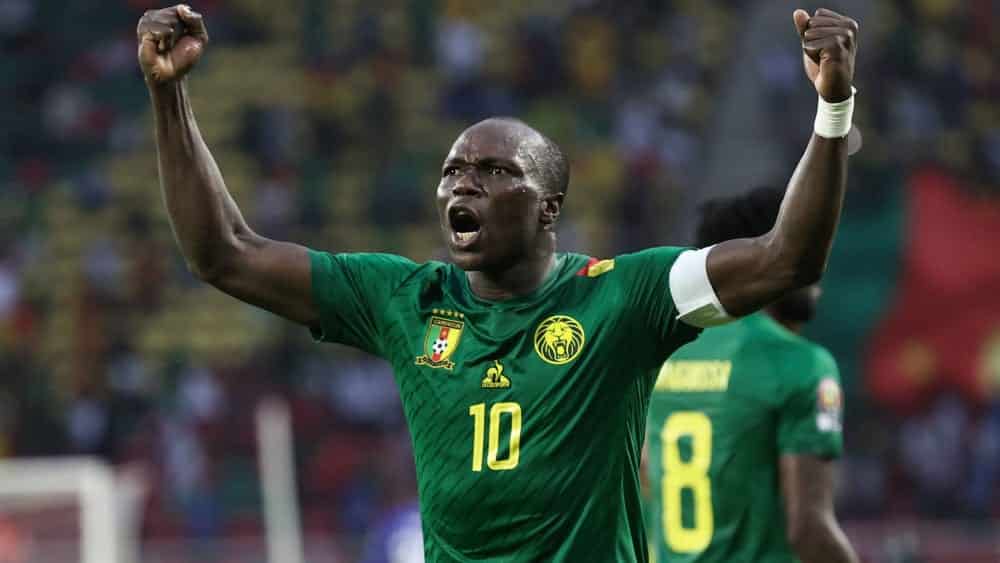 Cameroon is and remains the goal factory at this year’s Africa Cup, at least for the time being. After the 2:1 at the start and a difficult start against outsiders Ethiopia, the Indomitable Lions have turned up the heat. Vincent Aboubakar in particular made an impression once again.

The entire first day of this year’s major tournament on the African continent was still quite manageable: In the twelve games, there were two no-nos and nine 1-0 victories. Only Cameroon’s 2-1 opening win over Burkina Faso had more to offer so far – and the previous “Africa Cup goal factory” Cameroon offered more straight away.

but first in the sleepy backline in the duel with the clear underdogs Ethiopia: Ethiopia’s striker Hotessa was allowed to shoot in from close range after a cross from the right side, because no central defender felt responsible (4th minute). But the answer came promptly: After Aboubakar’s cracking shot from distance, which was well saved by goalkeeper Shanko, the number remained hot – and in the end Toko Ekambi was allowed to nod into the empty goal after a clean cross (8th minute).

Two goals in such a short time was something we were not used to at the Africa Cup. And there could have been more: On the one hand, the really brave underdogs missed chances (Gebremichael missed in the 18th and failed to beat Onana in the 24th), on the other hand, goal scorer Toko Ekambi headed from close range into the top left corner of the crossbar (39th). And because Dagnachew was also denied by Ajax Amsterdam’s Cameroon goalkeeper Onana (45.+1), the score remained an absolutely fair 1-1 at the break.

Aboubakar and Toko Ekambi are too much

In the second period, however, the fair should have been read for the underdogs. The pressure of the highly-favoured Indomitable Lions was now on full display from minute 46 onwards, while the Ethiopians’ strength and resistance dwindled more and more

The result: Aboubakar, the captain of Cameroon, came on strongly – and scored via a header for a deserved 2-1 (53rd). At the same time, the Ethiopians’ resistance was broken, which was shown by the 3:1 that quickly followed. Aboubakar scored again, taking his tally to four with his second brace in his second Africa Cup match (55). And when Toko Ekambi, the 1:1 goalscorer, literally took out the entire back line of the underdogs, the game was over (67th).

With 4:1  – Fai, who scored twice, hit the post (90th) – Cameroon thus claimed their second win in the second match, topped Group A and were responsible for the highest-scoring match of the tournament. While no other nation had scored even two goals at that stage, the Indomitable Lions had already scored six.