Brunson, Doncic and the defence: Mavs fall short against Suns 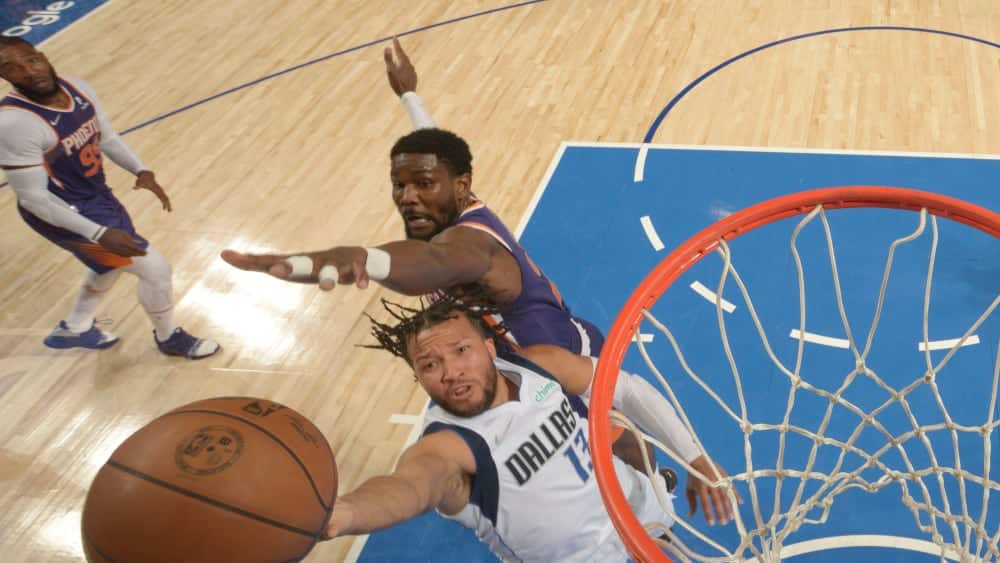 The Dallas Mavericks put a big exclamation mark on their return to Texas and fell short in the series against the Suns. Philly is also hoping again. The NBA on Saturday morning.

A 103-94 win is a testament to relentless defence in Dallas: the Mavericks held West-leading Phoenix Suns to double figures in the third meeting and cut the lead to 1-2 in the best-of-seven series. The two teams duel again on Texas soil on Sunday.

Jalen Brunson with 28 and Luka Doncic with 26 points – the Slovenian superstar missed the triple-double despite five fouls only by one assist (13/9) – were the playmakers for the 2011 champion, Maxi Kleber set important accents coming off the bench with 14 points, three rebounds, four assists and three blocks.

Paul remains below his potential

The Suns were a different story, with veteran Chris Paul (now 37) hanging on for twelve points and unable to hit his dreaded midrange jumpshots as usual. Even before the break, CP3 lost the ball seven times. In the end, the guests sniffed their way back and reduced the deficit from -18 to -8, but a three-pointer by Reggie Bullock put an end to the hustle and bustle and ultimately led to a deserved home victory.

Tension now reigns in the East as the Philadelphia 76ers also cut their series against the Miami Heat to 1-2. Philly won 99-79 (41-34) on the return of league top scorer Joel Embiid. Embiid had missed the first two games of the series because of a facial injury and mild concussion. The centre played with a black face mask and finished with 18 points and eleven rebounds.

Jimmy Butler’s 33 points could not help the Heat this time, only Tyler Herro cracked the ten-point mark (14).