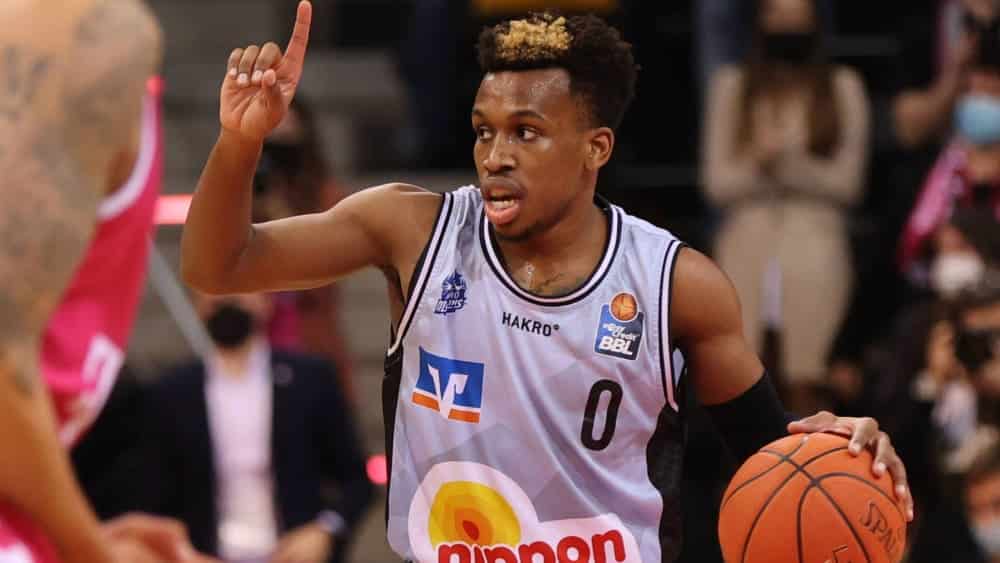 The Telekom Baskets Bonn reacted quickly to the transfer of Parker Jackson-Cartwright and introduced TJ Shorts as their new point guard on Wednesday.

“Finding a very good playmaker has been immensely important in recent years and we have now succeeded again with TJ,” Bonn coach Tuomas Iisalo said, pleased with Shorts’ move after Jackson-Cartwright, who was named Most Valuable Player (MVP), leaves the club.

The gap at the playmaker position has been filled with the transfer of the 24-year-old from league rivals Hakro Merlins Crailsheim. The club did not provide any information about the contract period of the US point guard.

Shorts was the best scorer in the BBL main round with an average of 20.6 points, just ahead of Jackson-Cartwright (19.3). Due to a pectoral muscle injury, Shorts had to end his season prematurely after 21 games, but was still named the BBL’s “Best Offensive Player”.

“I signed in Bonn because I feel I will get the opportunity here to take an important step in my career towards the best possible level for me,” Shorts explained the change.