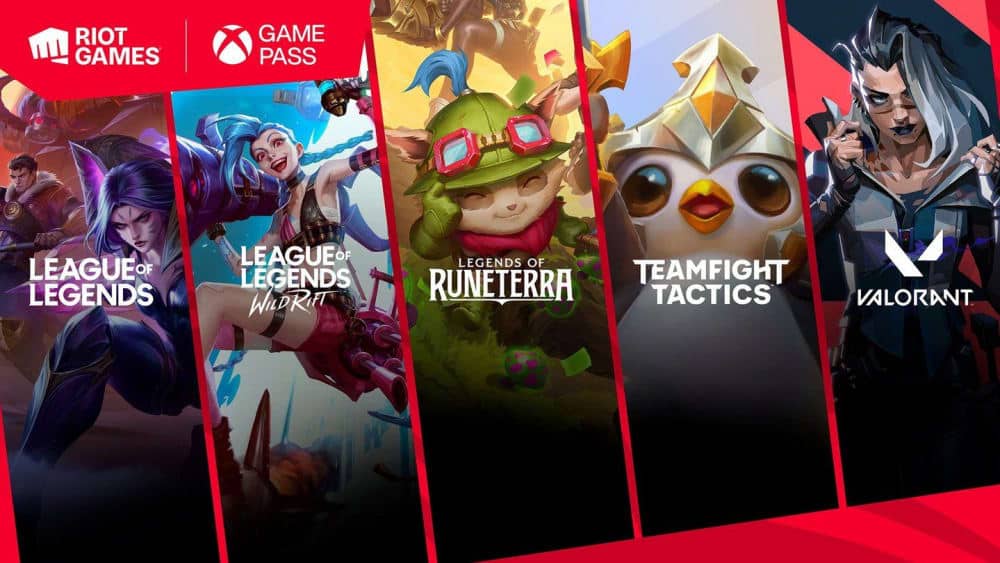 Valorant and League of Legends are among the most sought-after eSports titles in the world. Soon they will be available on Game Pass, giving some players crucial advantages.

In 2022, the warm months of the eSports year are clearly dominated by trade fairs. While gamescom in Cologne is taking place offline for the first time since the start of the Corona pandemic and Gamevention is just around the corner at the beginning of July, E3 was also cancelled this year.

However, some publishers and developers did not miss the opportunity to keep fans and interested parties up to date. While some of the presentations scheduled for this took place during the Summer Games Festival, the biggest surprise of the trade fair season so far was probably at the Xbox Showcase in mid-June.

Riot Games to be part of “Innovation “

As Microsoft and Riot Games jointly announced, the tech giant’s Game Pass will be enriched with some of the developer’s top titles. “Game Pass is the latest in a long line of innovations from Xbox, and we can’t wait to add our games to its catalogue,” Riot said of the future collaboration.

For the first time, such an arrangement includes not only PC games, but “also Riot’s purely mobile or mobile-accessible titles”. Specifically, this means League of Legends (LoL) including the mobile offshoot Wild Rift, Valorant, Teamfight Tactics (TFT) and Legends of Runterra.

The Game Pass should be particularly interesting for fans of the popular eSports titles Valorant and LoL – because subscribers receive immense advantages in both games: While in LoL all champions are unlocked from the start, in Valorant all agents are available immediately. Lengthy sessions to unlock the characters are no longer necessary. In addition, experience points will be added to selected titles as a further treat.

Exactly how Game Pass members will be able to link their account to the Riot titles and what the partnership with Microsoft will bring in addition is something fans are expected to find out in the near future. “In the coming months, we’ll be announcing more about the partnership and revealing how Game Pass members will be able to access the content. Most countries will have access to the full range of Game Pass content, but in some cases titles may be excluded from Game Pass.”

Microsoft is thus taking the next step in the subscription model race with Sony, possibly putting renewed pressure on the PlayStation developer. Sony itself had recently sealed a revolution in its own service offerings with a merger of PS Plus and PS Now.