BMW in Barcelona: Scott Redding again a candidate for podiums? 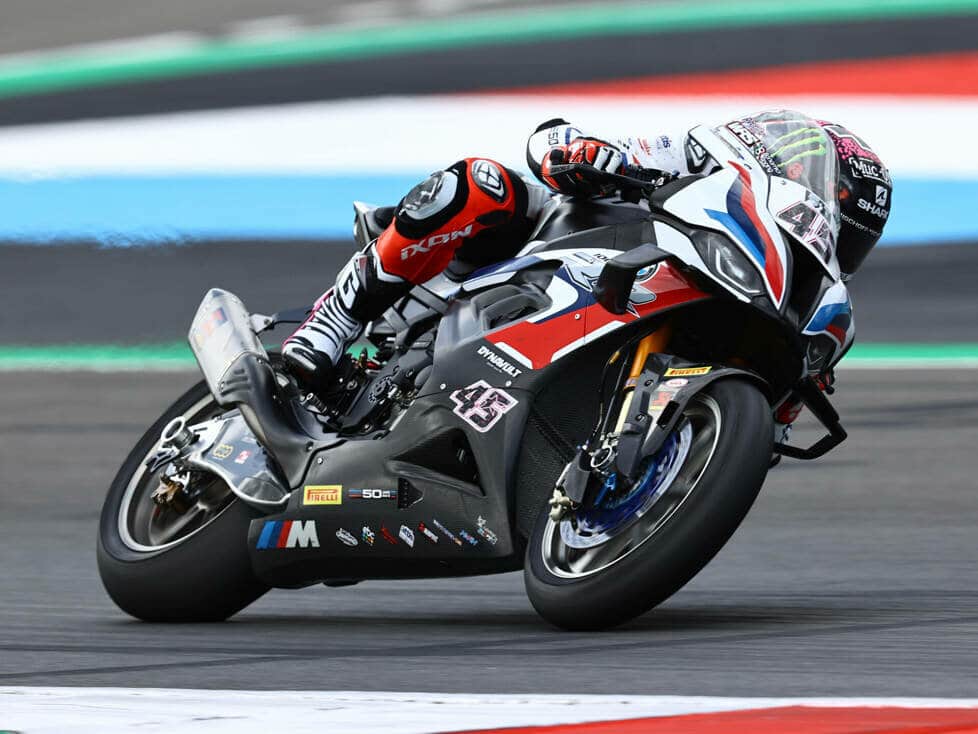 After a positive WSBK event at Magny-Cours, Scott Redding is putting the brakes on expectations for Barcelona and expects a rather difficult weekend

Scott Redding has finished on the podium in the past three WSBK events at Donington, Most and Magny-Cours on his BMW M1000RR. Most recently, Redding even led a few laps at Magny-Cours and celebrated his best result of the season with second place. BMW is undoubtedly on an upward trend. But for Barcelona, the expectations are somewhat restrained.

“Barcelona is maybe one of the tracks on the calendar that will be a bit more difficult for me,” Redding looks ahead to the upcoming weekend in Catalonia. “But that doesn’t mean we can’t fight for good results there. It’s a good track for us to work on the development of the bike as well, so we’ll probably test a few things.”

The changeable conditions could play into Redding’s cards. “The weather forecast for the weekend is mixed with rain and dry weather. So we’ll have to do a few more laps with the BMW M1000RR in the wet as well,” commented Redding.

Positive mood in the BMW camp

The podium finishes and general upward trend have brought relief in the BMW camp after a somewhat bumpy start to the 2022 season. “The results of the past race weekend at Magny-Cours, where Scott scored the best result of the season so far with second place and Loris also fought for the podium, give us a tailwind for the next rounds,” explains BMW Motorcycle Sport Director Marc Bongers.

“After the long break, it’s now back to the grind and it was important to start the second half of the season on a positive note,” notes Bongers. “Barcelona has a completely different character again. At the test in August, we were able to work intensively there with both teams and all four riders, and we will build on this basis in the free practices. The aim is to confirm the progress made in Barcelona as well. “

Since Magny-Cours, the BMW factory team has been back on the grid with its regular line-up. However, Michael van der Mark experienced a mixed weekend in France. “Barcelona is a different track. I feel even better physically, too,” commented the Dutchman ahead of the weekend.

“We tested there during the summer break. It was a good test, but I wasn’t that fit then. So I expect this weekend to be different,” said a hopeful Van der Mark, aiming for the top 10.

“But you have to remember that we lost half the season, so we can’t expect everything. But I will try everything to be as fast as possible. My goal is to be in the top 10 again. The weather might get a bit unpredictable. But I am ready and above all really happy to race again,” said the Dutchman.