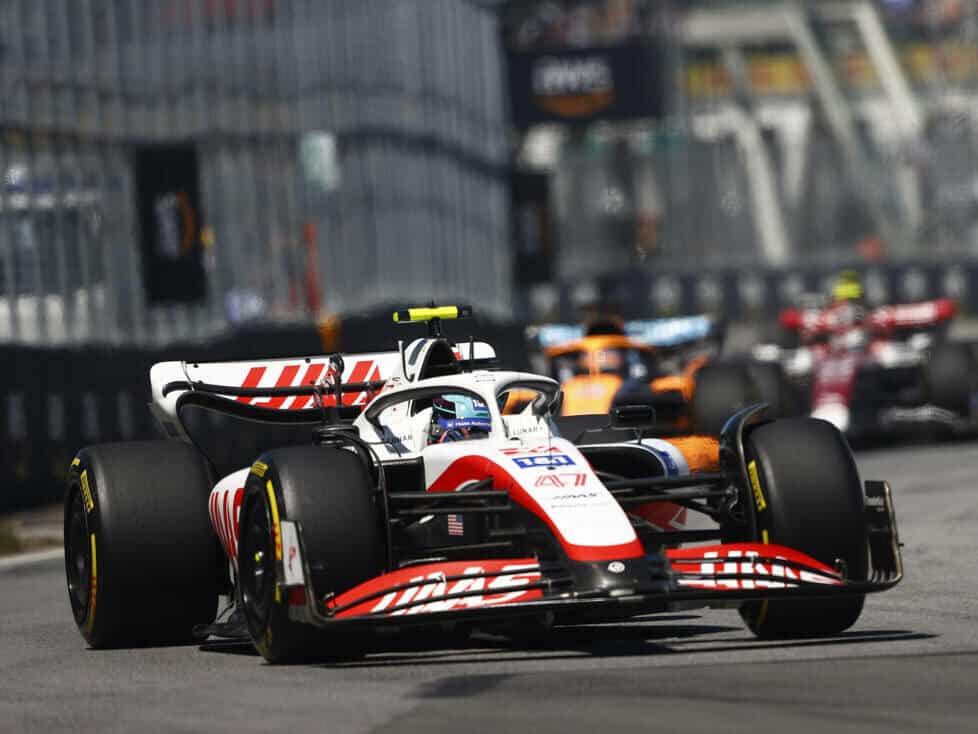 Mick Schumacher’s sixth place on the grid did him no good: the Haas driver retired with a defect after 20 laps and must continue to wait for his first points

For Mick Schumacher, the best grid position of his Formula 1 career ended in disappointment. For the German was unable to capitalise on his sixth grid position in Canada and retired with a technical defect after just 20 laps

At the time of the retirement, he was comfortably in seventh place in the points and could have scored the first points of his career. But at turn eight, his Haas suddenly went on strike and Schumacher parked his car in the run-off zone, necessitating the Virtual Safety Car.

“Obviously that’s an unpleasant feeling in that case because we had the pace to be P5 by the looks of it,” he fretted. At the time of the retirement, Schumacher was ahead of Guanyu Zhou (Alfa Romeo), who finished the race in eighth place.

“It’s always difficult to accept things like this. But when you are in the points, it is even harder to put the car down,” he said.

What exactly is broken on the Haas, he is not sure yet either – either the MGU-K or the MGU-H. “One of those components is completely broken, which is why I then had this abrupt stop as a result,” he explains. “We had to stop the car because otherwise more would have broken. “

“Have to swallow the pill “

“It’s very disappointing, of course, but these things happen in Formula 1. We have to swallow the pill,” said Schumacher, who thought he was doing well in the race until then: “I was slowly improving,” he said. The German first had to adjust to the dry track again after the rainy Saturday, but coped well with it.

“We just got into the rhythm and there would certainly have been more,” he is convinced.

Magnussen is carrying damage to his front wing after an opening lap skirmish with HamiltonCanadianGP F1 pic.twitter.com/NiY6FutxcB

But Schumacher and Haas failed to prove it. For the racing team, this was a bitter disappointment after the best qualification in the team’s history. For the first time, the team had started with both cars from the first three rows of the grid, but they didn’t have that for long.

Because Kevin Magnussen also dropped out of the points early on because he had a damaged front wing after a collision with Lewis Hamilton on the first lap and was cited to the pits by race control. With a one-stop strategy, the Dane ended up 17th and last.

Despite the unsatisfactory end, Schumacher takes a lot of positives from Montreal. Because he is left with the successful qualifying with sixth place on the grid and also a good pace for the weekend. “We have already shown that we have what it takes to finish in the points. I think today would have been it. Another day.”

“We knew we had the pace. But we had some difficult races, so it was good to have a good qualifying and a good race pace,” the German continued. “We didn’t bring any upgrades and the car is basically the same as at the beginning of the season – and still we are doing great. That’s very positive, of course. “

The bottom line, however, remains Schumacher’s empty points tally. However, he is not letting this get him down and emphasises that the motivation is still there in full: “I am here because I love the sport and I love driving,” he clarifies.

“I want to earn what I’m fighting for, but unfortunately we didn’t earn it today. I’m sure there will be more opportunities to come though.” He is convinced: “At some point the tide will turn. “