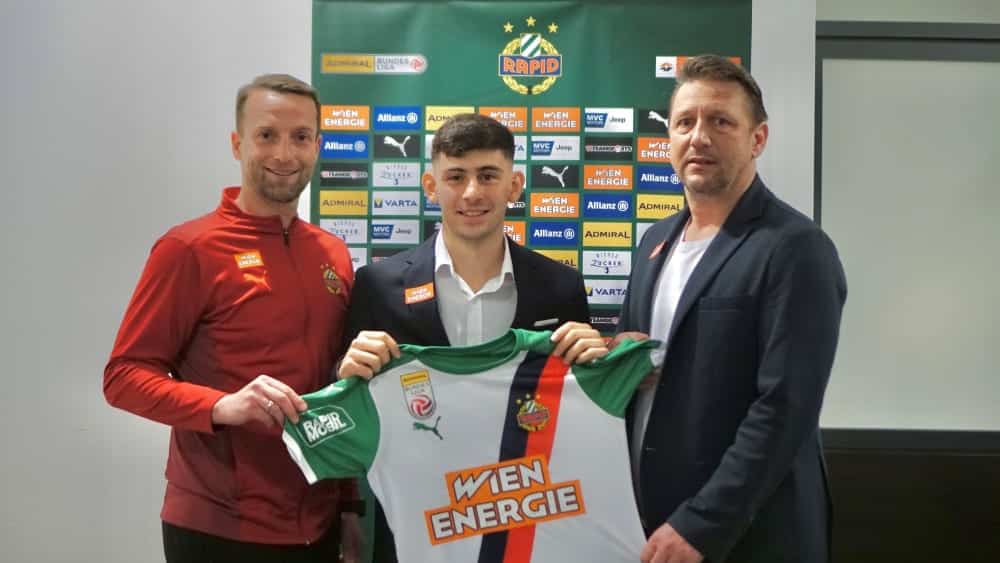 The FC Barcelona adventure is over for Yusuf Demir. The 18-year-old returns to Rapid Vienna and extends his contract until the summer of 2024.


The tug-of-war has come to an end: As SK Rapid Wien announced on Thursday, Yusuf Demir will return to his training club. The loan contract with FC Barcelona was terminated with immediate effect. In addition, the Hütteldorf side announced that Demir signed a working paper with the Green-Whites until the end of the 2023/24 season.

“I am really looking forward to the upcoming tasks and the reunion with my old teammates. The anticipation is very high, now I am back home with my club,” Demir was quoted as saying. The 18-year-old is expected to join the team on its journey to the training camp, which Rapid will hold in Belek, Turkey, from 15 to 26 January.

Demir can be a “huge reinforcement “

There Demir will then also work with coach Ferdinand Feldhofer for the first time. “It is very nice that with Yusuf Demir we are getting a highly talented player in our ranks who has already played international matches and gained experience in the Champions League. As he has already been with Rapid for eight years, the acclimatisation period will be very short and if he can fulfil his potential, he will be a huge reinforcement for us,” said the 42-year-old.

Sporting director Zoran Barisic was no less enthusiastic: “There were extremely intensive talks with and between many parties involved, but now I am enormously pleased that we have come to a very good solution for everyone.”

Demir had joined FC Barcelona on loan in the summer and played nine competitive games for the Blaugrana after a strong pre-season. If he had played one more game, the heavily indebted Catalans would have had to pay a purchase obligation of a rumoured ten million euros.