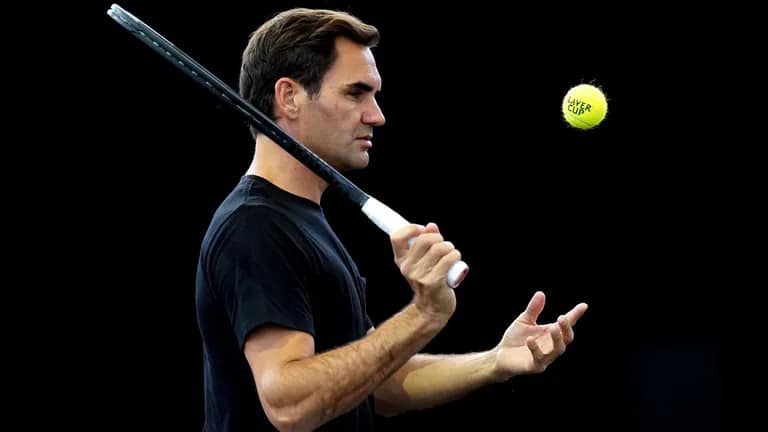 Roger Federer has called the debate over the greatest tennis player in history “silly. “

“How can you compare? What is better? To win when you’re old or young? I have no idea. Is it better to win on clay or grass? I don’t know. Is it better to be dominant for years or to come back after an injury? I don’t know,” the Swiss told AP news agency in an interview: “It’s impossible to grasp.”

The 20-time Grand Slam tournament winner will play his last official tennis match this weekend at the Laver Cup in London. He is scheduled to compete in doubles on Friday evening. London will also see the reunion of the Big Four, who have dominated world tennis for years, competing for Team Europe: Federer, Rafael Nadal, Novak Djokovic and Andy Murray.

“We made each other better,” Federer said. He himself had needed “these challenges”, “and they needed a challenger like me”. That fans like to compare the top stars is something he can understand, he said. “People always like to make comparisons. I see it every day with my twins. Even if you don’t want to, people compare them. But you shouldn’t, ever,” Federer said.

Last week, the 41-year-old announced that he would end his career after three knee operations. The Laver Cup pits a European team against a selection of players from the rest of the world.