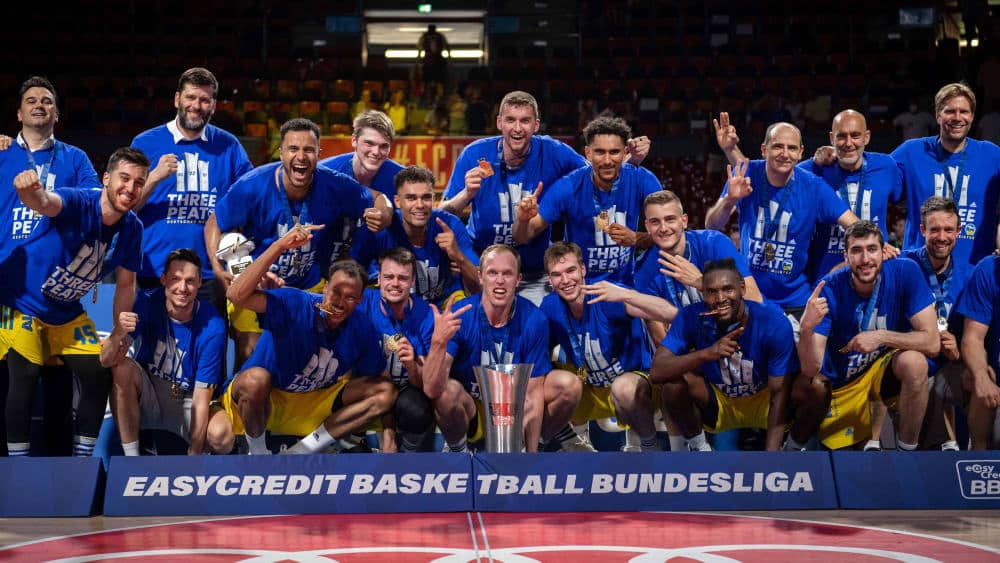 The 2022/23 season in the Basketball Bundesliga (BBL) begins on 28 September. Questions and answers on the start of the new season.

Who will open the new BBL season?

The new BBL season kicks off on Wednesday, 28 September (7pm) with the match between reigning champions Alba Berlin and Hamburg Towers. The match will be brought forward from the second matchday, and both teams will then be challenged again on 1 and 2 October respectively, but then as part of the first matchday.

Who is the defending champion?

Alba Berlin. And this for the second time, as the Albatrosse last won the title three times in a row. In addition to the championships, the team from the capital has also won the Cup twice in the past three years – so the dominance has been huge lately. In the final series in the summer, Alba won 3:1 against Bayern.

Who are the favourites?

And so we are directly with the favourites, because the title only goes over Alba and Bayern, who are also clearly in front with the bookmakers. After that, Telekom Baskets Bonn, who finished second last season after 34 games, are considered outsiders.

Who is new in the BBL?

There is only one newcomer this year, the Rostock Seawolves have managed the promotion and even crowned themselves champions in the end.

What is the mode of the BBL?

18 teams play each other twice. The last two are relegated, the first eight make it into the play-offs. There, the first plays against the eighth, the second against the seventh, the third against the sixth and the fourth against the fifth in a best-of-five series. Afterwards, the semi-finals and final will also be played in a series of up to five games before the new BBL champion is decided.

Who broadcasts the BBL games?

As in previous years, all BBL matches will be shown on “MagentaSport”. However, this requires paid access. On free TV, “Sport1” will show one game live per match day. In October, among others, the two top teams Alba Berlin and Bayern Munich will be shown, the broadcaster announced.