HomeMotorsportsBaku & Montreal: Guanyu Zhou slowly getting up to speed
Motorsports

Baku & Montreal: Guanyu Zhou slowly getting up to speed 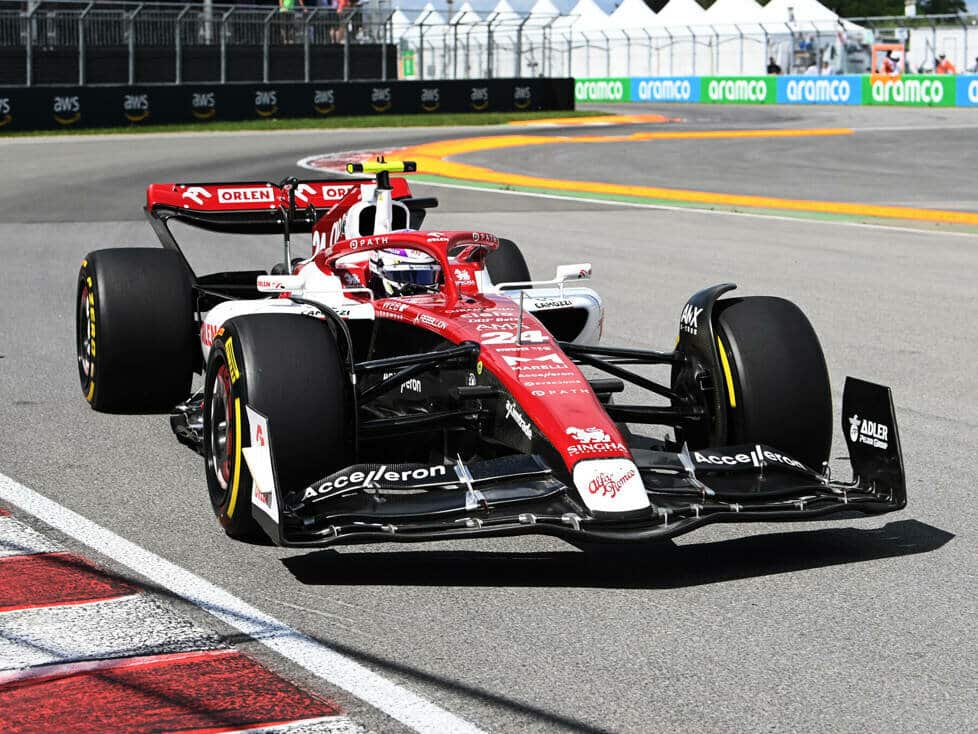 In Baku and Montreal, Guanyu Zhou made the faster impression of the two Alfa Romeo Formula 1 drivers – Finally back in the points with P8 in Canada

Formula 1 rookie Guanyu Zhou is getting more and more into shape. After retiring in Azerbaijan in a promising position for points due to a technical defect, he was able to score his first points since the opening race in Bahrain in Canada with eighth place.


On both race weekends he also beat his more experienced teammate Valtteri Bottas in qualifying. And under normal circumstances, he would have finished both races ahead of the Finn. In Baku, reliability stopped him, while Bottas was able to benefit from the safety car at the end of the race in Canada.

“I have made a step since Baku,” says the Chinese. “Without the reliability problems we could have had many more points. So I’m happy that we finally saw the chequered flag again and were able to take the points. “

Zhou still sees a lot of potential for Alfa Romeo

Zhou wouldn’t have thought that he would record his best Formula 1 result in Canada – a track he hadn’t been to before: “I definitely didn’t expect that, but it shows how much potential we still have as a team. Since Bahrain, we’ve been back in the points with both cars, which gives us good momentum for the season.”

“The whole weekend was very strong and we did everything right,” he added. “Of course you always want more, especially because we were stuck behind Lance [Stroll] and we lacked a bit of top speed. But other than that, I’m very happy. “

The Chinese explains why he wasn’t able to overtake the Aston Martin driver sooner: “We thought we could overtake him easily with our tyre advantage, but that wasn’t the case. When the performance of the cars is so close, it’s very difficult to pull away.”

“Also, they were very strong at the end of the straight, so I didn’t have enough potential or momentum to overtake him,” he said. During the final safety car period, Alfa Romeo brought both drivers into the pits to change tyres, but this caused Zhou to lose position to his teammate as he had not been to the mandatory pit stop before.

According to Zhou, it was still the right decision, although he initially lost a few places: “Unfortunately, the safety car came out shortly before the end. But I think we made the right decision to give away one or two positions on the track but have a fresh tyre for a final attack. We then tried to keep the pace, stay behind Valtteri and attack the two Alpines. “

Alfa Romeo back to Barcelona level at Silverstone?

For the upcoming race at Silverstone, Zhou again thinks he has a good chance, as he already knows the track from Formula 2: “It’s one of the tracks I love. Last year I won there, so I have good memories of Silverstone.”

“The practice sessions on the tracks I already know, I start at a similar level to the experienced drivers. That puts us in a better position,” Zhou said. Silverstone should suit the Alfa Romeo because of its fast corners – similar to Barcelona, where Bottas was “Best of the Rest”.

“Our car seems to work on all tracks. So also in Montreal, where you have to take the kerbs much more, although that was actually our weakness. So I’m confident and we’ll see what we can achieve at Silverstone,” says the Chinese.