Back number 9: Lewandowski and his famous predecessors 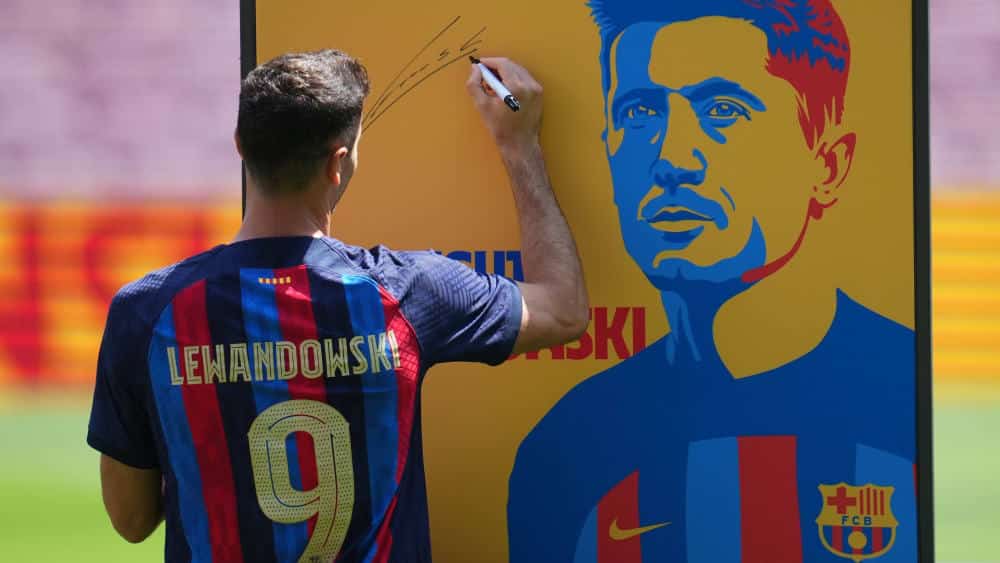 After his move to FC Barcelona, another wish comes true for Robert Lewandowski: The centre-forward receives the number 9 at the Catalans and follows in big footsteps.


Robert Lewandowski does not have to change after his departure from FC Bayern: At FC Barcelona, he will wear the number 9 on his shirt, just as he did at the record championship. This number was actually still held by team-mate and candidate for sale Memphis Depay, but for image and advertising reasons the club has decided to give the new striker the coveted number.

Suarez in trio – big names at the start of the millennium

With his choice of numbers, Lewandowski joins a line of illustrious predecessors who also played with the 9 in the club’s history. If you think of the best centre-forwards of the past decade, there is no way around Luis Suarez. The Uruguayan played five years for FC Barcelona, alongside Neymar and Messi he formed the famous trio “MSN” – with the 9 on the back. With Zlatan Ibrahimovic, Samuel Eto’o and Patrick Kluivert, three other big names wore the coveted number in this millennium.

In the 1996/97 season, one of the best strikers ever played with the number: Brazil’s two-time World Cup winner Ronaldo won the Spanish Cup and European Cup Winners’ Cup with Barcelona, was crowned World Player of the Year in a blue and red kit before moving on to Milan and later Real Madrid.

Another big name who also played for Barça and Real was Michael Laudrup. The Danish playmaker also wore the number 9 for a time with the Catalans, but Lewandowski’s most famous predecessor is undoubtedly Johan Cruyff. The Dutchman, who also coached the team from 1988 to 1996, is still regarded as one of the best playmakers in football history and – unlike at all his other stations, where he wore the number 14 – usually played with the number 9 at Barça in the 1970s.