Alba beat Bayern in dress rehearsal for the play-offs 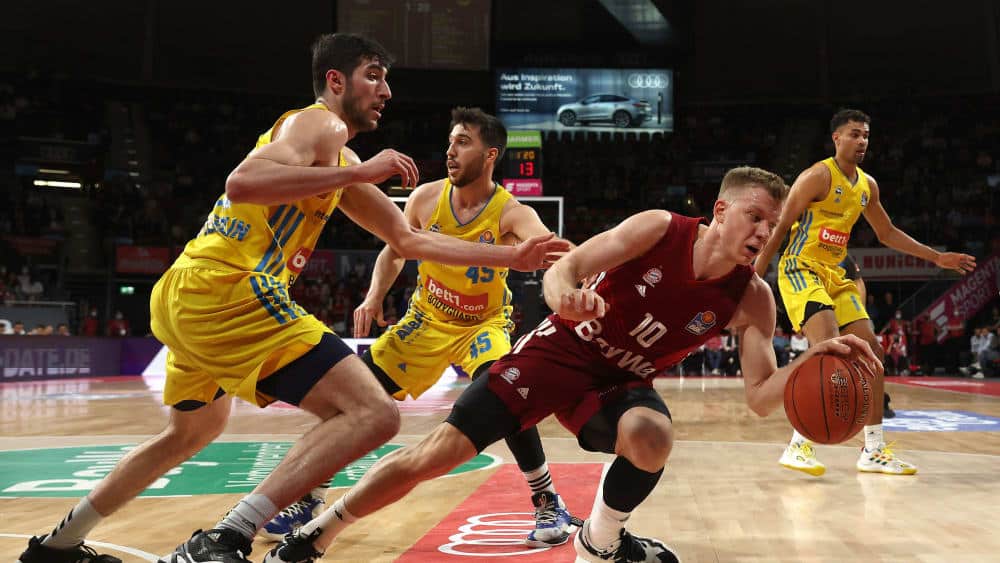 The Munich team had to make do without their head coach Andrea Trinchieri, who was in poor health, at short notice, assistant Slaven Rimac took over and saw a false start. The guests from Berlin started the game with a 10:0 run. However, the Munich team managed to keep the game even and to take the lead themselves. Shortly before the end, however, Alba pulled away decisively. Yovel Zoosman sealed the victory for Berlin’s top scorer Jaleen Smith (24 points) seconds before the end at the free-throw line.


“We always managed to come back after a run by Bayern. We didn’t get irritated and continued to play our game,” said Alba pro Louis Olinde on MagentaSport: “Of course it feels good to go into the play-offs with a win here in Munich. We want to become German champions. “

Reigning defending champions Alba Berlin will face Brose Bamberg (8th) in the first quarter-final match on Friday (7pm). FC Bayern, third, will only find out on Wednesday evening whether they will play MHP Riesen Ludwigsburg or Niners Chemnitz in the first round.