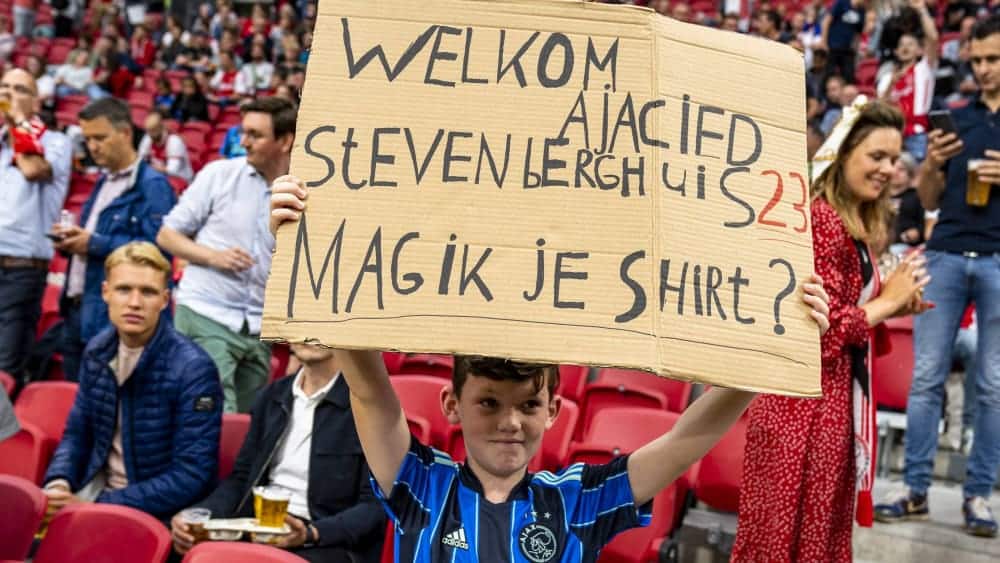 “Can I have your jersey?” is usually written on the posters that children in particular hold aloft after football matches. Not anymore at Ajax Amsterdam.

After the Dutch Supercup against PSV Eindhoven (3:5), when the champions had already collected quite a few of these posters, they have banned them in the Johan Cruyff Arena with immediate effect. This was reported by Dutch media on Tuesday. The reasons for the ban are varied and partly amusing.

On the one hand, there is a danger that the easily inflammable posters will catch fire, Ajax is said to argue. On the other hand, they want to prevent their own players from being put in a bad light too often because they could hardly keep up with the many requests.

Another criticism of this “scam” is the fact that many of these jerseys are later sold for a lot of money on various sales portals.