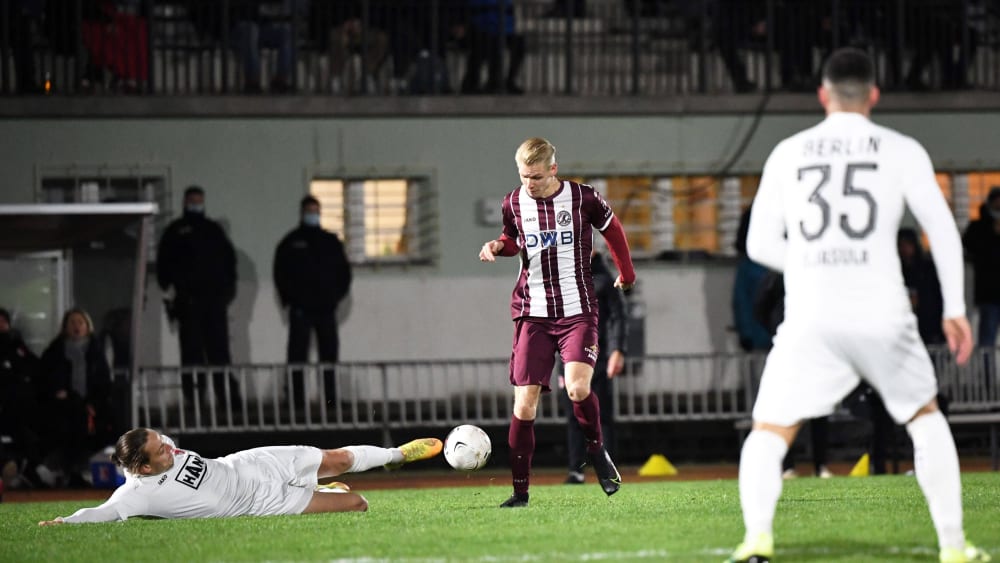 BFC Dynamo overcame the high hurdle at Berliner AK 07 in the city derby to remain top of the table and are autumn champions in the Regionalliga Nordost.


In the eagerly awaited summit clash in Berlin, BAK took command from the outset, but failed to make a compelling impact in front of the visitors’ goal. The visitors took a surprising lead after 20 minutes with a strike from Wiegel, who headed a cross into the left corner of the goal from 20 metres after it had been blocked too briefly.

Coach André Meyer’s team shook itself for a moment, but Lämmel only hit the crossbar from an acute angle (32nd). Three minutes later, however, the home side equalised after a standard. Veteran Gjasula curled a free-kick from 18 metres into the left-hand corner of the goal.

BFC Dynamo started the second period more committed, defended a little higher and were back in the lead after 51 minutes. Breitfeld was not tackled energetically and Geurts poked his cross into the goal from close range. With the lead behind them, coach Christian Benbennek’s team pulled back and BAK came closer through El-Jindaoui (67th, 83rd), Lämmel (74th), Richter (80th) and Emghames (84th).

However, only the league leaders were effective and Breitfeld scored the decisive goal in the 86th minute. The inglorious highlight was the red card in the final minute against Richter, who had slightly pushed his opponent Meyer.


In the end, the effective BFC Dynamo took three points from Berliner AK 07 and will go into the second half of the season as leaders with a four-point lead.