HomeFootballAfter serious collision: Araujo is "out of danger"
FootballFootball News

After serious collision: Araujo is “out of danger” 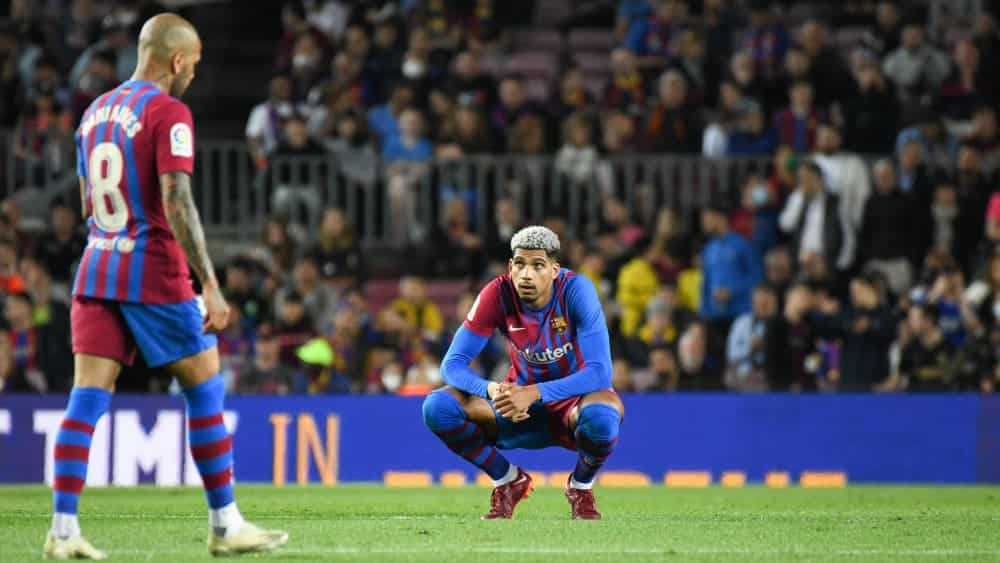 FC Barcelona can breathe a sigh of relief: Ronald Araujo (23) has not suffered a more serious injury after his shocking collision.

It was the 60th minute in the match between Barça and Celta Vigo: defender Ronald Araujo crashed his head into his teammate Gavi. What at first looked harmless, because at least the Uruguayan didn’t even go down and kept running, developed seconds later into a real shock: Araujo slumped to the ground after taking a few steps and for a short time hardly moved.

The 23-year-old defender was immediately brought to the stable side position by players. A measure that should have paid off in any case: According to club information from the Catalans, Araujo escaped with a concussion after being taken away by ambulance.

Further medical examinations are still pending. Barcelona coach Xavi spoke after the 3:1 victory in front of almost 56,000 spectators at “Movistar” that his player is “out of danger”, “we should not worry according to the doctors”. Aurajo is expected to leave hospital as early as today (Wednesday).