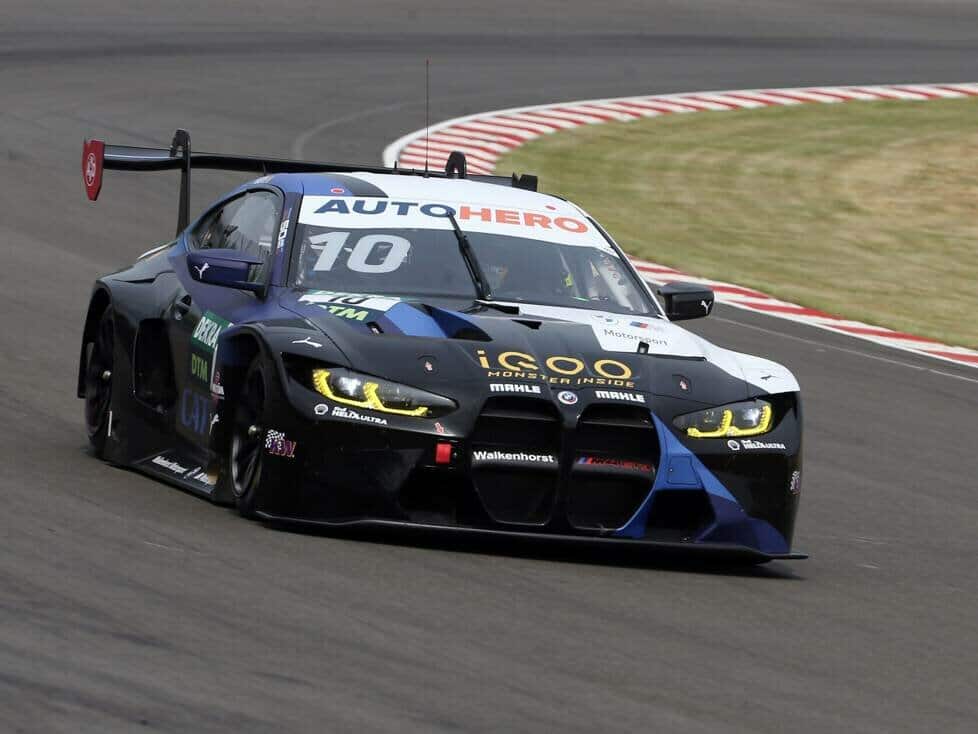 Walkenhorst has found a replacement after Esteban Muth’s retirement: Why it’s not the first time for Leon Köhler to jump into the deep end at Spielberg

“We are happy to have found a replacement for Spielberg in Leon”, Whether the youngster will also be on the grid at the finale in Hockenheim? “That’s for Spielberg now, because everything was so last-minute,” he answers. “Everything else we will see afterwards.”

Köhler will start with Muth’s previous car design and also with the Belgian’s number 10, who – according to the team’s information – suffered a bruise on his ear during martial arts and had to undergo surgery.

Who is Leon Köhler? Specialist for Spielberg emergencies!

It’s not the first time that Köhler, who is definitely considered talented, has stepped in at Spielberg at short notice: After all, it was only four months ago that the Porsche Team ID Racing in the ADAC GT Masters needed a replacement after Klaus Bachler and Robert Renauer pulled out – and the youngster was also hired as Jaxon Evans’ partner just a few days before the weekend.

This was his first GT3 outing – and he acquitted himself quite respectably with 15th and 16th places, even considering the less than competitive team.

Afterwards, he also competed in the 24-hour race on the Nürburgring-Nordschleife together with ex-DTM champion Timo Scheider, Jan-Erik Slooten and Luca Engstler in the Cup Porsche of Phoenix and then gained further GT3 experience in the Car Collection Audi in the Nürburgring Endurance Series NLS.

While Köhler’s career seemed all but over earlier this year, he finished third in the German Porsche Carrera Cup in both 2020 and 2021, claimed the Porsche Sprint Challenge Middle-East title in 2019/2020 and finished fifth in the Porsche Supercup in 2021. However, he was not invited to the manufacturer’s junior sighting despite his strong performances.

As a result, he decided not to compete in the Porsche Cups in 2022 after three years – but there was no money for big other programmes. Now he has the chance to prove himself in the DTM, but without any previous experience in the BMW M4 GT3.

“He knows the Red Bull Ring quite well, having raced there in the Carrera Cup as well as the GT Masters. Now we’re looking at him getting to know the BMW better,” Königbauer says of the starting position.

He is glad to have found a solution in such a short time. “Everything was very short notice – and therefore it was not so easy,” says the Walkenhorst team boss. “Esteban has made the post that he can’t drive. And we also have the problem that many events are taking place,” he alludes to the fact that the ADAC GT Masters is at the Sachsenring this weekend and the ELMS is at Spa-Francorchamps.