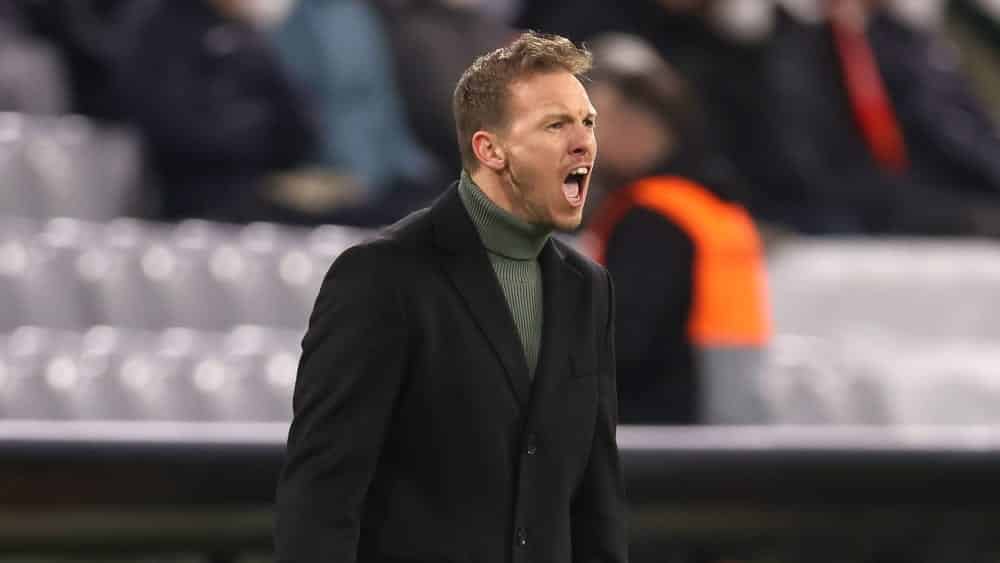 Lewandowski? Müller? No, Julian Nagelsmann was the first to praise Kingsley Coman after Bayern’s 7-1 win over Salzburg – confirming a surprising line from Karim Adeyemi.

It was a phrase that might not be a standard one after a 7-1 defeat. “I wouldn’t say we didn’t have a chance here today,” Karim Adeyemi dared to say on Prime Video, but in fact that analysis was not as heavy-handed as his side’s just-whistled match in Munich.

For the Salzburgers had indeed had a chance, well before their meaningless consolation goal in the 70th minute. Nicolas Capaldo seemed to have only to push in for the RB lead in the third minute. But suddenly Kingsley Coman appeared next to him and straddled the Argentine’s finish for a corner.

And so Bayern coach Julian Nagelsmann singled out none of the seven goals first after their Champions League quarter-final berth, not hat-trick scorer Robert Lewandowski or left-footed double Thomas Muller, but Coman. “He opened the door with that, you have to be honest, you can’t put that too high. “

Classifying the scene as a “world-class defensive move” and simply “unbelievable”, Nagelsmann said: “Without it, it’s going to be more difficult, because when you’re 1-0 down in the fourth minute, you start to think a bit, and of course that also plays brutally into Salzburg’s idea today.” That’s exactly what Adeyemi had meant.

“How he defends that,” Nagelsmann stopped raving, “with what greed and energy performance he makes the sprint and sets the straddle – hats off. That was the opener, as they say in English, I think. “

Team manager Krüger to Nagelsmann: “Have a seat “

After that, Coman & Co. also got into a flow offensively, as they say in English, and made a “statement” (Manuel Neuer), which, after the recent weeks with a few more critical questions than usual, also had a liberating character. A game to enjoy, right?

“Unfortunately, it’s not often pure enjoyment for me either,” Nagelsmann admitted and, at 34 years of age, admonished himself to become “a bit calmer in my old age”. “At some point, Cathleen said, sit down, lean back a bit and enjoy it. It’s not always easy for me, but she was definitely not wrong.