A match to forget 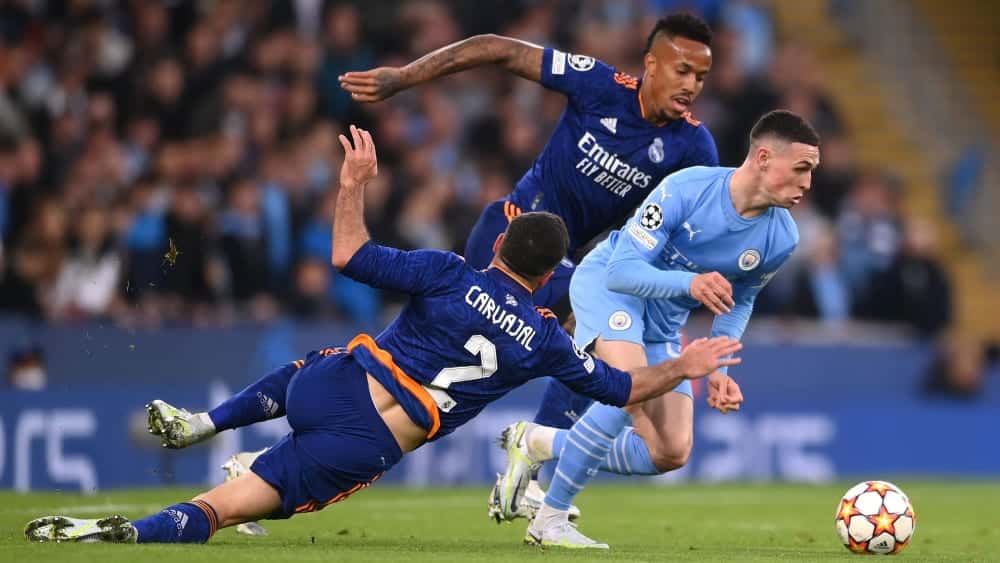 Manchester City and Real Madrid celebrate football in the Champions League semi-final and nobody stops them. Is it okay to be excited about that?

For a moment, Mario Gomez forgot why he was actually standing there on the sidelines with a microphone in his hand. He was supposed to be analysing Manchester City’s win over Real Madrid in the first leg of the Champions League semi-final for “Prime Video”, but instead he suddenly looked blissfully into the camera and first thanked the camera profusely for allowing him to be there on this Tuesday night.

That is to say: a former national player, who himself had been in a Champions League final three times, behaved as if he had won a ticket to this match by chance. Somehow it was unprofessional, but somehow it was also the most appropriate of all reactions.

What ManCity and Real Madrid had just staged was nothing less than a celebration, a celebration of football and nothing but football. The official banishment of the “scanning phase” from the football vocabulary. Without fear, without consideration, everyone just seemed to want to play it out and live up to everything they are capable of in this sport.

Guardiola, Ancelotti, the referee: everyone let them do it

Phil Foden showed that he can take balls out of the air “like a man conjuring the moon from the sky” (“Guardian”), and that he even has special skills at sliding on his knees in celebration. Vinicius Junior raced across the field with the ball as if it were going downhill. And Karim Benzema – well: he lofted a penalty into the middle, not although, but because he had already missed three this month.

And no one slowed them down: not Pep Guardiola, who really let his team charge this time as if he had never coached a game like this; not the referee, whose presence was first known in the 54th minute when he showed Guardiola the first yellow card of the evening; and certainly not Carlo Ancelotti, who, as always, exuded a nonchalant “they’ll be fine”.

It was a game to forget, because for those 90 minutes everything else didn’t matter: neither that ManCity gets its money from the human rights-unsuspect United Arab Emirates and should have been kicked out of the Champions League two years ago for financial fair play violations, nor that Real were among the leaders of the Super League movement.

For those 90 minutes, it also didn’t matter how far the Bundesliga is from that level and that ManCity will soon make a transfer that will see both the player’s advisor and father receive more money in one go than many a Bundesliga professional receives in their entire career.

No, for those 90 minutes it was all about the football itself, and no matter how critical you might be of the clubs involved: you could only get carried away by what they performed, and there’s no reason to be ashamed of it. What could be better than watching the best footballers show what they can do? Let’s let context be context, for one evening at least.

Naturally, ManCity’s professionals were annoyed afterwards that they had “only” won 4:3, and of course those involved, including Mario Gomez, gradually remembered that it was actually about getting into a Champions League final. But the best realisation was that they would be playing each other again as early as next Wednesday.

“Hopefully,” tweeted Gary Lineker, who could do without a smiley face, “hopefully the second leg will be more entertaining. “