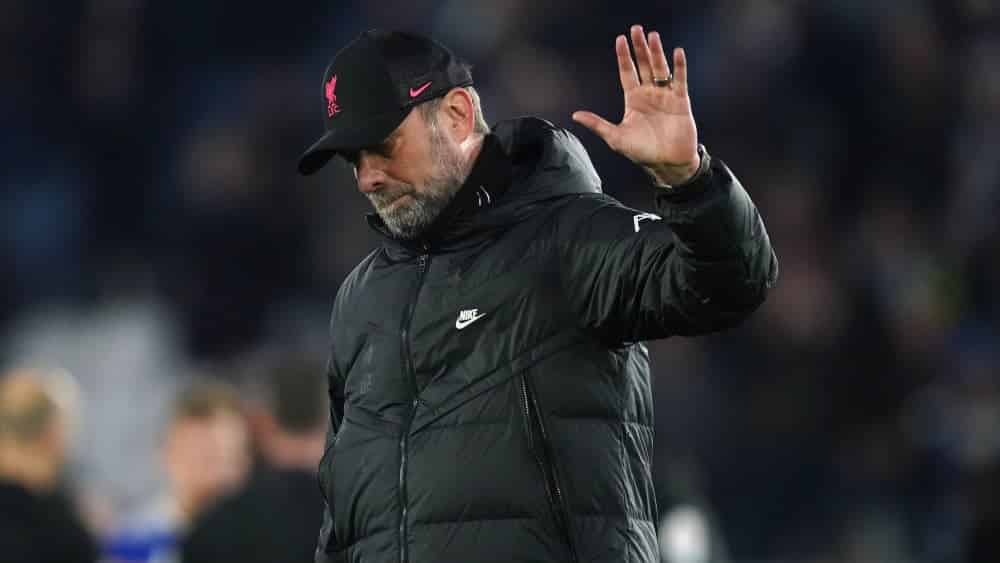 Did Liverpool’s League Cup match at Arsenal really have to be cancelled? Apparently the Reds are facing an investigation – talk of the “Klopp variety” already.

In an emotional club like Liverpool FC, sober numbers are never everything, but that the Reds really beat any probabilities last week is something some don’t want to believe. That’s why they are now facing not only trouble, but possibly even a “stiff penalty. “

Last Wednesday, the EFL, which is responsible for the professional leagues below the Premier League and also organises the League Cup, cancelled Liverpool’s semi-final first leg at Arsenal FC scheduled for Thursday. This was “the only option”, it said in a statement at the time: there had been a massive corona outbreak in coach Jürgen Klopp’s team.

Only it is now clear that there was no such thing. “The only actual positive test was that of Trent Alexander-Arnold, all the others were false positives,” Klopp himself had reported on Sunday. So should the Arsenal game not have been cancelled at all?

When did Liverpool know about the false-positive results?

At least some clubs are now apparently demanding clarification. “The Athletic” reports that several EFL members want to know when the 2020 champions, who temporarily closed their training ground on Wednesday, first learned of the collective all-clear, i.e. whether there would still have been an opportunity to play the game.

The EFL is under pressure to launch an investigation, the report says, especially as it has by no means always complied with requests to postpone matches in recent weeks. Liverpool would face a “severe penalty” if it emerged that there was no valid reason for the cancellation.

So far, the postponement has had mild consequences for Klopp’s team

What is most curious is how such an accumulation of false-positive tests is said to have occurred. The national health authority assumes a probability of 1 in 3000 for false-positive results. On Twitter, users are already mocking a new “Klopp variant”.

Liverpool now host Arsenal on 20 January, with the home game against the Gunners taking place a week earlier as planned. The loss of home advantage in the second leg has so far remained the only unpleasant consequence of the supposed Corona outburst for Klopp’s team. Not impossible that this was not all.