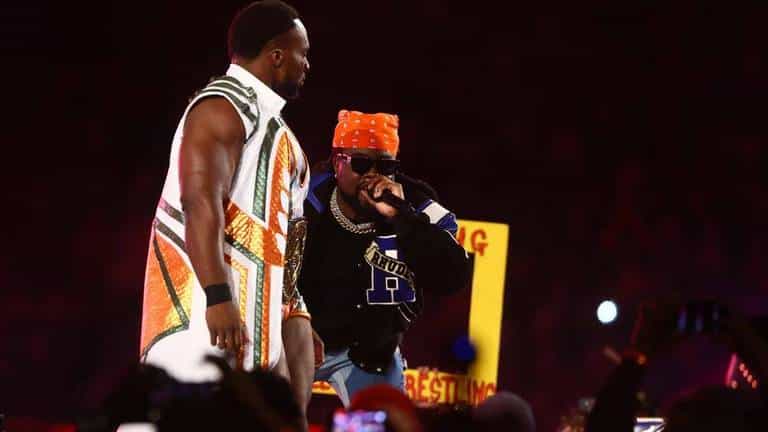 Former WWE Champion Big E will be out for a long time – possibly forever – because of his broken neck.

At the beginning of the year he was still WWE Champion, now Big E is bracing for an early end to his wrestling career.

Four months after Big E broke his neck in a match on the TV show Friday Night SmackDown, there is no end in sight to the 36-year-old’s injury hiatus.

At the beginning of the month, the heavyweight had revealed that the healing process would be without surgery but would continue until March 2023 at the earliest. Now he has clarified that his active career could also be over.

Big E is set for possible end to WWE career

“I don’t know if I’ll be back in March or if they’ll look at everything then and tell me, ‘Maybe do something else better with your life,'” Ettore Ewen, his real name, said in an interview with TMZ.

He doesn’t know how things will turn out, but is prepared for all possibilities: “If I can wrestle again, I’m at peace with it. If not, then so be it. My limbs work. It could have all turned out very differently. Either way, there’s still a lot to come in life. “

Big E – made popular as a member of The New Day grouping with Kofi Kingston and Xavier Woods – had landed on his head during a failed suplex of his opponent Ridge Holland in March and had to be taken to hospital afterwards. Big E broke his C1 and C6 vertebrae, especially with the fracture of the first cervical vertebra, Big E was hugely lucky.

“I narrowly escaped a stroke, paralysis or death,” Big E had clarified back in March. The injury brought back bad memories of past horror accidents in the wrestling ring: the paralyses of Darren Drozdov in 1999 and Charles “Chuck” Austin in 1990 or even the deaths of Mitsuharu Misawa in 2009 and Perro Aguayo Jr. in 2015.

Both Misawa and Aguayo broke their C1 vertebrae in their accidents, which on the one hand illustrates how lucky Big E was. On the other hand, the two deaths – in which previous injuries also played a role – are a reminder to carefully consider whether Big E can now expose his neck to further risks in the ring.

He currently feels “really good” and has no problems in everyday life, but he is currently “not in the position to ram my head against immovable things”. He will have to wait and see if the self-healing process of the bone can get going properly.