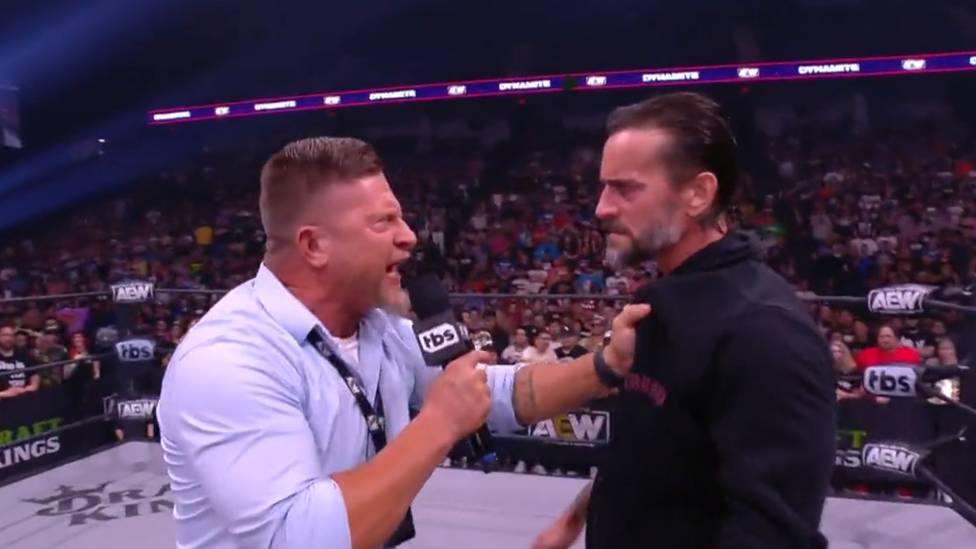 After a long period of silence accompanied by a lot of guesswork, there is movement in the processing of the big wrestling scandal around top star CM Punk.

As the well-informed journalist Dave Meltzer reports, WWE rival AEW has drawn the first permanent personnel consequences: Punk’s long-time confidant Ace Steel is said to have been fired from his job as producer.

Steel, who was involved in the beating scandal, officially received his papers on Tuesday, Meltzer reported on his Wrestling Observer Radio audio show. He added that there were also “a lot of other things going on”.

Steel’s exit fuels speculation as to whether Punk’s end at AEW will also follow. Weeks ago, Wade Keller of the Pro Wrestling Torch – another industry insider who has been active for decades – reported that everything probably boiled down to a winding down of Punk’s contract.

The then newly crowned World Champion Punk had caused a huge stir in early September when he viciously berated four prominent colleagues at the post-Pay Per View All Out press conference: former champion Hangman Page – the centre of attention on Tuesday due to a serious ring accident on the TV show Dynamite – and the three league co-founders and vice-presidents Nick and Matt Jackson (The Young Bucks) and Kenny Omega.

A wild backstage brawl involving Punk, the Jacksons, Omega and Steel was the result.

According to consistent media reports, Punk threw the first punch, reportedly in a self-perceived self-defence situation due to the heated situation. League boss Tony Khan – without officially announcing it – has suspended all the protagonists of the brawl and commissioned external investigators to conduct an enquiry.

Background of the condemnations is a personal dispute between Punk and Page, who portrayed Punk as a hypocrite and schemer in a joint TV segment in May without consultation (which Punk then paid him back in kind).

Page is said to be accusing Punk of being responsible for Page’s good friend Colt Cabana being removed from the AEW programme and shunted off to the newly formed sister league ROH (which Punk and also Khan have denied). Punk and Cabana used to be best friends themselves, but then fell out badly in a conflict over the expensive legal costs of a joint lawsuit against WWE doctor Chris Amann.

Omega, and specifically the Bucks, in turn have been on Punk’s case because he believes they leaked reputation-damaging details about him to the press in the context of the conflict with Page. Several journalists, including Meltzer, who was personally approached by Punk at the PK, have denied that.

Khan has been silent on the issue for weeks, with all league employees also urged to do so, reportedly mainly because of the threat of legal implications.

At Dynamite on Wednesday night, the fact that Omega and the Bucks were mentioned again – an indication of a return – now made people sit up and take notice. Punk – who according to unconfirmed rumours is out for a long time with a torn tricep suffered at All Out – reappeared at least as a video snippet in a clip about the history of the ROH World Title.

So the signals that the matter has been cleared up internally are increasing. When and how further news will leak out remains to be seen.