What Aubameyang said about Atletico, Arteta and Dembelé at his introduction 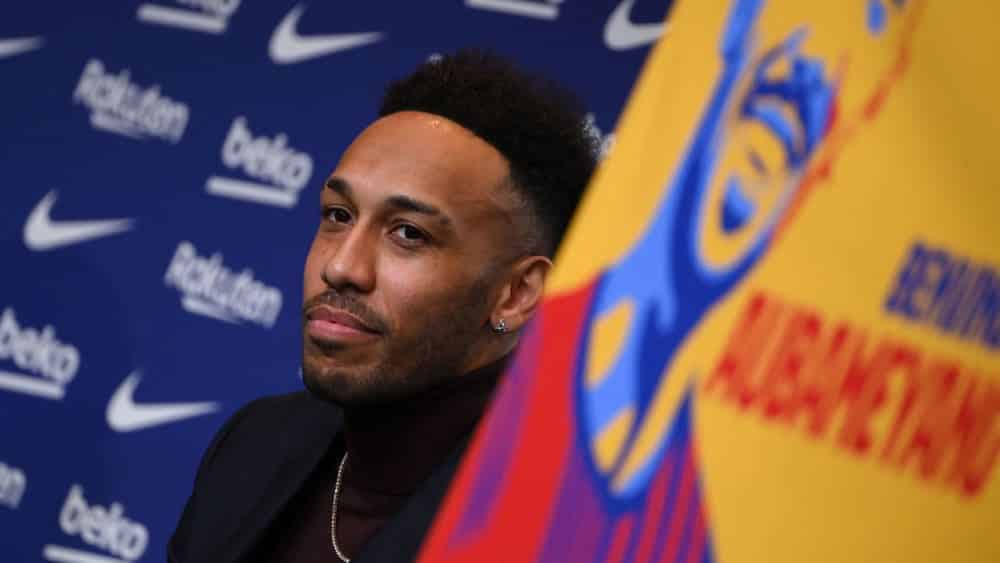 The Barcelona member with the number 143,282 introduced himself on Thursday. Pierre-Emerick Aubameyang spoke about his debut plans, his relationship with former coach Mikel Arteta – and Ousmane Dembelé.

Black suit, a little discreet jewellery and patent leather shoes. There was not (yet) much to see of the bird of paradise Aubemeyang, who is known from Dortmund, among other places, in Barcelona.

The Catalans, on the other hand, apparently want to prevent Aubameyang from being snatched away from them at some point. The exit clause, binding in La Liga contracts, is 100 million euros.

..his relationship with Arsenal coach Mikel Arteta, who had left him out of consideration:

“The problem was only him and he made that decision. I can’t say more about it, I wasn’t happy, that’s it. I stayed very calm. “

..his last months at Arsenal:

“It’s been a complicated few months, but for my part I didn’t want to do anything wrong. But that’s over now, I want to think about the present.”

..his switch at the last minute:

“It was crazy and very tough. We signed two minutes before the end. I was at home with my father hoping everything went well. In the evening they called me to do the medical check. A bit of stress, but with a happy ending.”

..his decision to join Barcelona:

“I’ve always had the dream of playing in La Liga and it’s an incredible opportunity. It’s been a dream since I was little. It’s the opportunity of a lifetime, Barça is one of the best clubs in the world. “

“I have to tell the truth. He is training very well. I hope as his friend that he and the club will find a solution.”

“I have already spoken a little bit with the coach, he sees me on the nine. If one day he needs me on the wing, it wouldn’t be a problem.”

..his debut, which he could make as early as Sunday against Atletico Madrid

“I’m keeping myself ready. I’m ready to play and help “