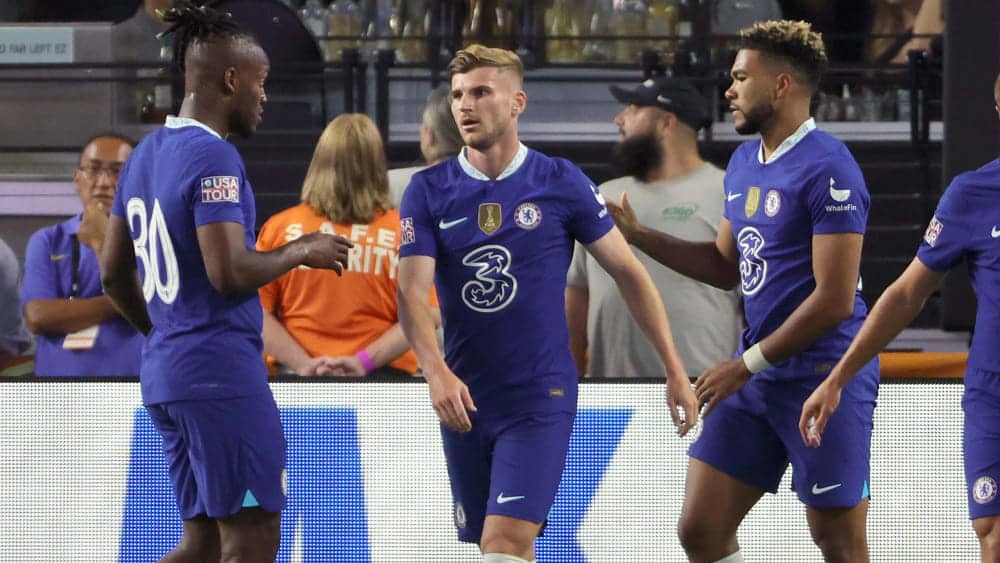 Timo Werner had recently not ruled out a departure from Chelsea FC. Coach Thomas Tuchel is now irritated by this

21 players got game time when Chelsea FC lost a test match at Charlotte FC with 3:5 in a penalty shootout, but Timo Werner did not: The German international dropped out with thigh problems. And yet he was the one who needed to show what he was capable of in summer preparation.

After two mixed years at Stamford Bridge, Werner’s future is more open than ever, and he made sure of that himself. Asked if he would be happy at Chelsea despite the new competition for king transfer Raheem Sterling, he had replied tellingly: “I could be happy anywhere.” He said he wanted to play more “to be in good shape for the World Cup and also to have a chance to play in the World Cup. “

When asked about this, his coach now reacted with irritation. “I am surprised,” Thomas Tuchel said. “I would be very happy if I had a contract at Chelsea FC as a young guy. I would be one of the happiest people on the planet. If he said that, I don’t understand it. “

What Werner, whose contract expires in 2025, needs to do to get more game time? “Show quality,” Tuchel said, “take his place and defend it.” After an appealing debut season in terms of minutes played, with 35 Premier League appearances (six goals), the 26-year-old had only managed that sporadically under Tuchel of late.

Nevertheless, Tuchel continues to rely on the services of the ex-Stuttgart and Leipzig player. “Of course,” he replied when asked if Werner was part of his plans for the new season. “He is our player. “