Wenger:’ It will become difficult if he gets another setback’. 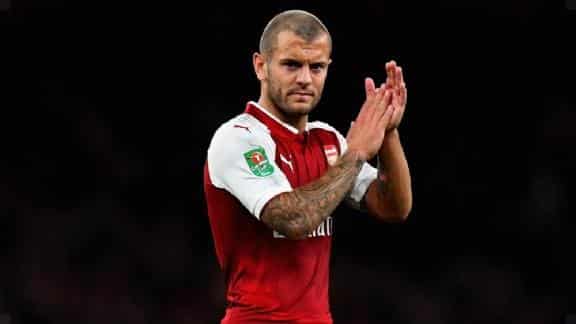 Jack Wilshere fights for his last chance at Arsenal. The top talent of yesteryear was frequently plagued by injury in the last few seasons, but is now fully fit again and therefore a serious option for Arsène Wenger on the midfield. The manager of the Gunners hopes that Wilshere is now definitely over his injuries and can still live up to his promise.

“Nobody questions his talent and nobody questions his ability to pass the ball on opponents, but in football you have to be healthy in the first place”, says the rehearser at beIN Sports about the now 25 year old leftist, who made playing minutes in three of the last six games of Arsenal in all leagues,”Today there is so much physical demand of players in all leagues. You can only be physically at your best if you play ten games in a row.

Wilshere came out for Bournemouth on a rental basis last season, but now he is again a player of Arsenal. The English international has already indicated that it is open for a longer stay in the Emirates Stadium:”If he can play continuously from now until December, he is definitely back”, Wenger continues:”If he is faced with another setback, it will be difficult. It is a crucial season for him. His contract expires and the World Cup is on its doorstep in the summer. He’s been a player of Arsenal from childhood, so there’s a lot at stake for him.

Do you think that the future of Jack Wilshere lies with Arsenal?

Share
Facebook
Twitter
Pinterest
WhatsApp
Previous articleVan Dijk followed Sweden – Luxembourg on the phone:’ That was just as intense’.
Next articleWenger:’ It is up to the Board of Trustees to choose the following manager’.