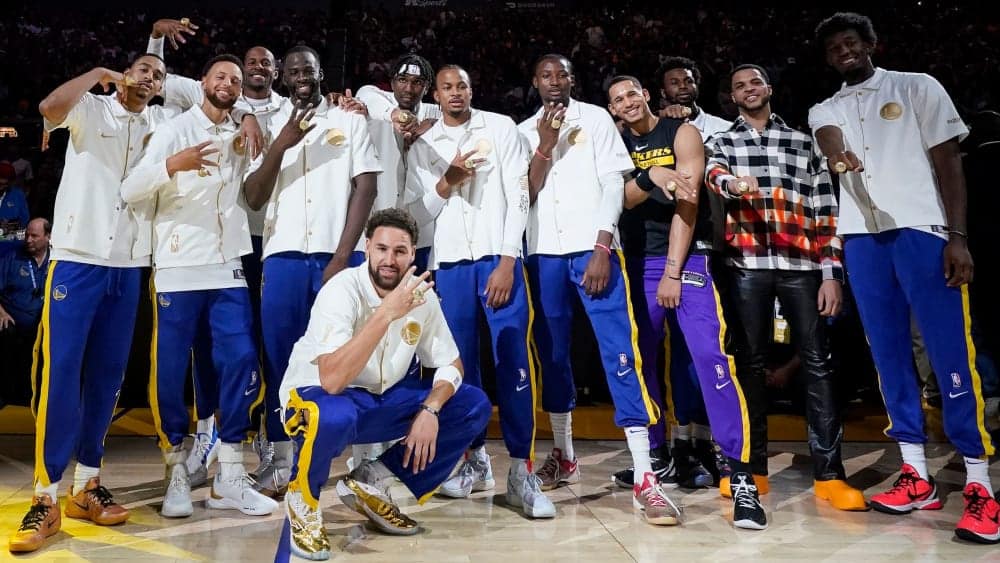 Dennis Schröder will miss the start of the NBA season for the Los Angeles Lakers – but wants to return to action much sooner than initially thought after his thumb surgery. Last season’s finalists are already looking good for the opener

Without injured international Dennis Schröder, the Los Angeles Lakers led by LeBron James have lost their season opener against NBA defending champions Golden State Warriors. However, the 29-year-old captain of the German selection wants to be able to help the record champions much sooner than the team initially expected after undergoing surgery on his thumb. “They said in seven to ten days the wound should be completely healed and from then on it’s all about how I feel. The first diagnosis is that I will be out for four weeks. But of course I’m trying to break a record and be back in the starting line-up as soon as possible,” Schröder told Deutsche Presse-Agentur before the Lakers’ 109-123 loss in San Francisco.

Schröder underwent surgery on Monday after tearing ligaments in his right thumb in a test game against the Minnesota Timberwolves the week before. Without number 17, the Lakers started with Patrick Beverley and Russell Westbrook as playmakers and were the losing team against the Warriors led by Steph Curry, Klay Thompson and Jordan Poole. The deficit grew to 27 points in the third quarter. Curry scored 33 points for the champions, James was the best Lakers thrower with 31. Before the game, the Warriors had received their rings for the championship and pulled the banner under the roof of the hall.


Schröder already played for the NBA record champions in the 2020/2021 season and signed a one-year contract in Los Angeles after his strong performances at the European Basketball Championship with a bronze medal for Germany. “I know the team needs me, but unfortunately you can’t prevent injuries in sports,” he said. “I’m working very hard so that I can be back in the starting line-up in two or three weeks and directly have a positive impact for the team. I want to support my teammates in getting wins. “

In the first game of the season, the Boston Celtics had picked up a home win against the Philadelphia 76ers. Last season’s finals participant won 126-117 at TD Garden. Jaylen Brown and Jayson Tatum both scored a strong 35 points, with Tatum adding 12 rebounds and four assists. James Harden was the most successful scorer for the 76ers with 35 points.