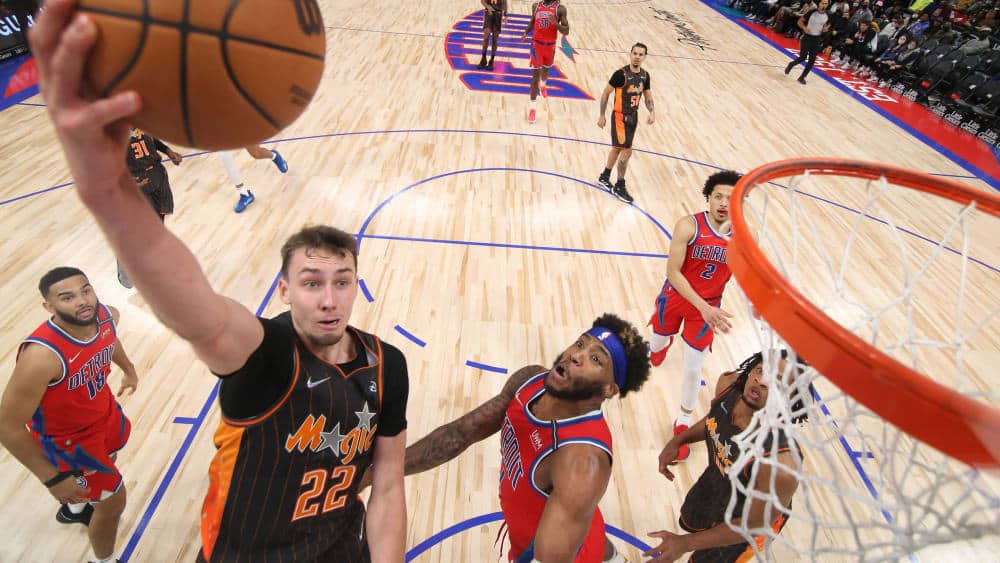 The Orlando Magic are now finally the worst team in the NBA. And Franz Wagner’s streak is also snapped. The league on Sunday morning.

After the 92-97 loss to the Detroit Pistons, the Magic are now the team with the worst record in the league. In the process, Franz Wagner’s impressive scoring streak also snapped; the Rookie of the Month for December failed to score in double figures for the first time in 21 games, stuck at nine points. His older brother Moritz collected eight coming off the bench.

Meanwhile, the Boston Celtics led by Dennis Schröder successfully got revenge against the New York Knicks. Two days after a dramatic defeat with the final siren in the Big Apple, the Celtics won clearly at home with 99:75. Schröder remained with six points and three assists under his possibilities, teammate Jaylen Brown, however, shone with his first triple-double with 22 points as well as eleven rebounds and assists each.

The Los Angeles Clippers suffered another defeat without Isaiah Hartenstein, who remains injured, and their top stars Paul George and Kawhi Leonard. The Clippers lost 108-123 to the Memphis Grizzlies, who set a franchise-best with their eighth straight win even without ailing top scorer Ja Morant.

The best team of the season so far, the Phoenix Suns (100-123 against the Miami Heat), as well as champion Milwaukee Bucks (106-114 at the Charlotte Hornets) conceded defeats, the Bucks losing despite 43 points from Giannis Antetokounmpo.