Van Dijk followed Sweden – Luxembourg on the phone:’ That was just as intense’. 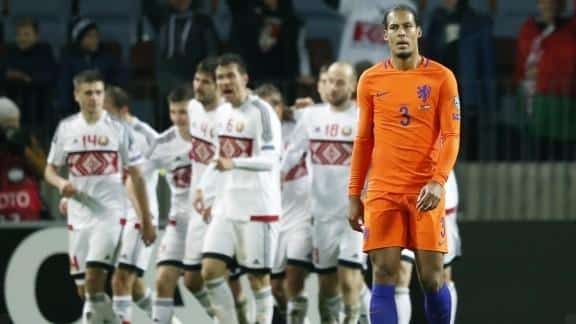 The victory over Belarus (1-3) in Borisov felt as a loss for the players of Orange.The Orange international organisations know that the World Cup has become virtually unattainable in Russia, because earlier this day Sweden set a monstrous score against Luxembourg (8-0).Only a victory with seven goals difference on Sweden can Orange become second in the pool and so go to the playoffs.

Such a result seems almost impossible on Tuesday in Amsterdam,”But there is another possibility, we are not without chance”, says Virgil van Dijk in conversation with the ANP,”It will be very difficult.But we don’t go into the field to try it.We can see where it ends.

In the hours before the game with Belarus, the players of Orange followed on their phone the operations of Sweden.According to Van Dijk, the goal rains in Sweden reached Orange hard,”I can’t say that we didn’t get it.That was just as fierce,”the defender of Southampton acknowledged,”It went very fast.Maybe this made us a little panic-stricken and hasty.

What does the Netherlands do against Sweden?