Uncertainty around Weghorst near wandering Wolfsburg 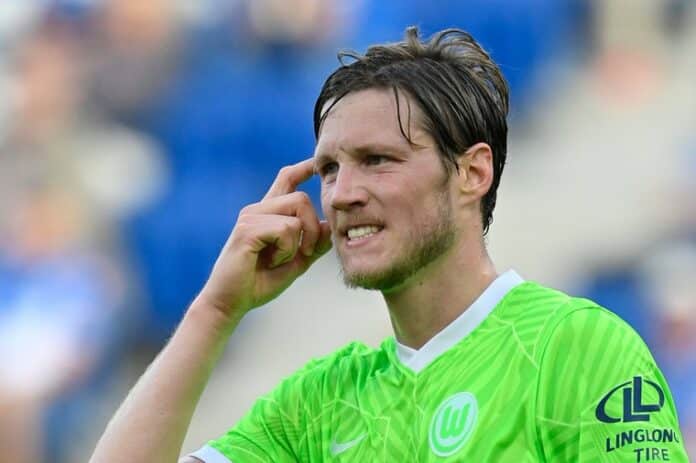 Is Wout Weghorst serving his contract with VfL Wolfsburg? In Germany, more and more questions are being raised about the future of the 29-year-old striker at the Bundeslia club.

The sky has not yet cleared up at VfL Wolfsburg after the early dismissal of Mark van Bommel . The coach had to leave on October 24 and was replaced by Florian Kohfeldt. The first two league matches under the 39-year-old German were won, but on the way to the winter break he lost five times in a row in the Bundesliga. In the Champions League, Wolfsburg finished fourth in a promising group with Lille, Red Bull Salzburg and Sevilla, which means that the European adventure has already come to an end. The sporting malaise leads to unrest. According to sporting director Marcel Schäfer, there are no concrete plans for purchases. That changes when Wolfsburg sells players. Weghorst in particular is linked to foreign clubs, including Newcastle United.

Weghorst scored his 59th Bundesliga goal for Wolfsburg against 1. FC Köln on December 14, bringing him closer to a personal goal. The striker has this season set his sights on equaling and surpassing Edin Dzeko, the Wolfsburg club’s top scorer with 66 goals at the highest level in Germany. The hunt for the beautiful milestone is overshadowed by the current problems. Both Bild and Kicker report that Wolfsburg wants to refresh the selection and has lowered the asking price for Weghorst to twenty million euros. At Die Wölfehas already invested heavily in two younger forwards, who are both German internationals heading into this season. Shadow striker Luca Waldschmidt (25) came over from Benfica for twelve million euros and striker Lukas Nmecha (23) was taken over from Manchester City for eight million euros. The latter has been sidelined for several months with an ankle injury.

Weghorst still has a contract in Wolfsburg until mid-2023 and was associated with clubs such as Tottenham Hotspur and West Ham United last season. Newcastle is now a logical candidate. The Premier League club, taken over by Saudi investors, will want to provide a quality boost in the fight against relegation with substantial investments in January.