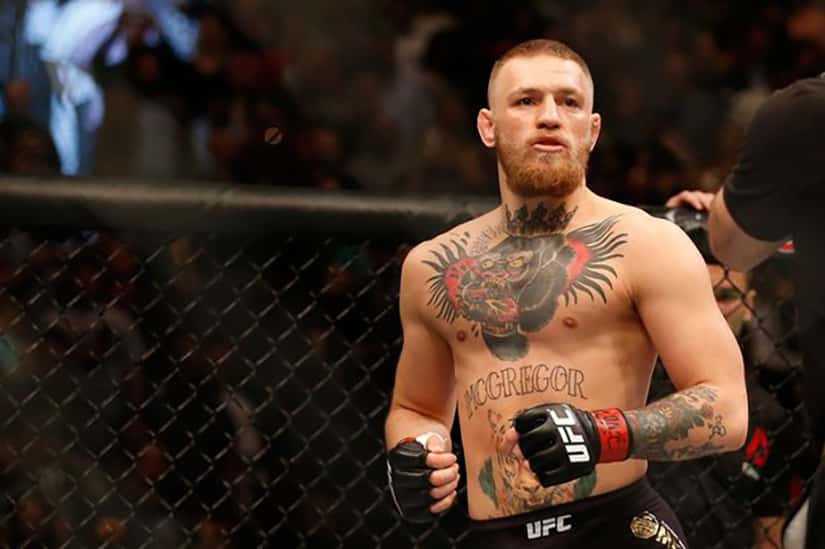 MMA Team Dagestan have announced the fight time that Conor McGregor will make his long-awaited UFC come-back at UFC 229. They used Twitter to share the news, tweeting “BREAKING: @TeamKhabib vs. @The NotoriousMMA in the works for UFC 229 October 6, Las Vegas, T-Mobile Arena.”

McGregor has not featured in the cage since UFC 205 when he became the first fighter to hold titles in two weight divisions simultaneously. Since then, McGregor has been making headlines for all of the wrong reasons, most notably for his involvement with a group of friends in smashing up a bus full of fighters at UFC 223 media day. 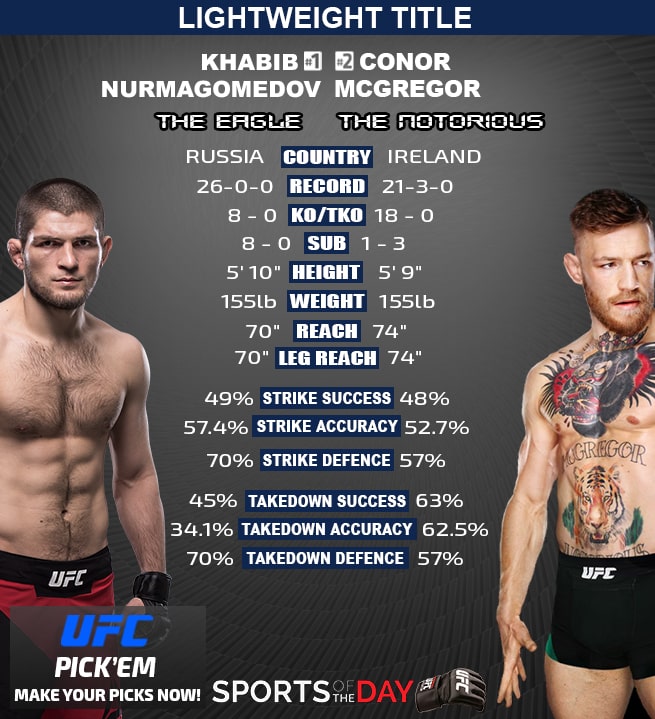 What was going through his mind at the time we can only imagine but carnage ensued as McGregor went on a rampage to find Khabib, who had apparently threatened McGregor’s teammate Artem Lobov. During the attack, Michael Chiesa and Ray Borg picked up injuries caused by shattered glass.

Las Vegas would be the ideal return for Notorious, who has not competed in UFC since November 2016, prior to his failed attempt to defeat Floyd Mayweather in the boxing ring.

The Eagle has a 26 fight unbeaten streak

So October 6 could be the big return date against ‘The Eagle’, Russian Nurmagomedov who has 26 wins and no losses to his name. It is all geared up to be a very exciting fight, given the circumstances surrounding it and the length of time McGregor has been out.

Nurmagomedov v McGregor at UFC 229 All but Confirmed

It seems that the clock can start to tick down to the UFC fight of the year. Conor McGregor seems to have confirmed that on October 6 at UFC 229 he’ll be returning to the octagon to challenge Khabib Nurmagomedov for the UFC Lightweight title.

The fight has been rumoured for a fair while now, but it appears rumours are becoming the fact now. MMA Team Dagestan announced the date on their twitter feed and Connor McGregor has posted a photo on his Twitter and Instagram accounts showing him back in the gym with his UFC shorts on.

McGregor hasn’t set foot in an octagon since UFC 205 held in November 2016 when he created history by beating Nate Diaz to hold titles in two weight divisions at the same time. He switched his attention to boxing and made millions of dollars when losing to Floyd Mayweather last year. Ever since that loss the big question has been what will he do next?

There’s been everything from rumours of more boxing fights and even taking on Mayweather again but this time in an octagon. But then earlier this year another prospect arose and this time it was the possibility of McGregor ending up behind bars.

At the UFC 223 media day, McGregor made headlines for all the wrong reasons. The Irish fighter and a group of friends smashed up a bus full of fighters including UFC Lightweight champion Khabib Nurmagomedov.

That led to several charges being made against McGregor but on July 26 he appeared in court, pleaded guilty to disorderly conduct but escaped a jail term instead receiving community service and being ordered to attend an anger management course.

With the threat of ending up in jail over, the rumour mill has been working overtime ever since but now it seems certain that the UFC 229 fight card will include Khabib Nurmagomedov putting his UFC Lightweight title on the line against the former champion who never lost his belt in the octagon.

Grudge Match of the Year

Hype is a major factor of any UFC fight as the task of persuading people to buy the PPV escalates. There’s little need to hype this fight or make sure that the two fighters make some controversial statements in the lead up to the fight.

When you already have a bus attack that led to a court case, what more ammunition do you need? We know that McGregor and Nurmagomedov aren’t exactly bosom buddies, they absolutely hate each other, and this UFC 229 fight date is going to be an awesome occasion.

Khabib Nurmagomedov has 26 wins on his record and no defeats. McGregor doesn’t just have to return to the octagon after a lengthy lay-off, but he has to beat someone who no one else has managed to.

The UFC 229 card promises to provide fans with another massive occasion in Las Vegas and that’s before other match-ups have been announced. The clock appears to be ticking but who will be victorious at this UFC 229 fight?

Who Will Win Ballon d’Or 2018? Luka Modric Has The Biggest Odds