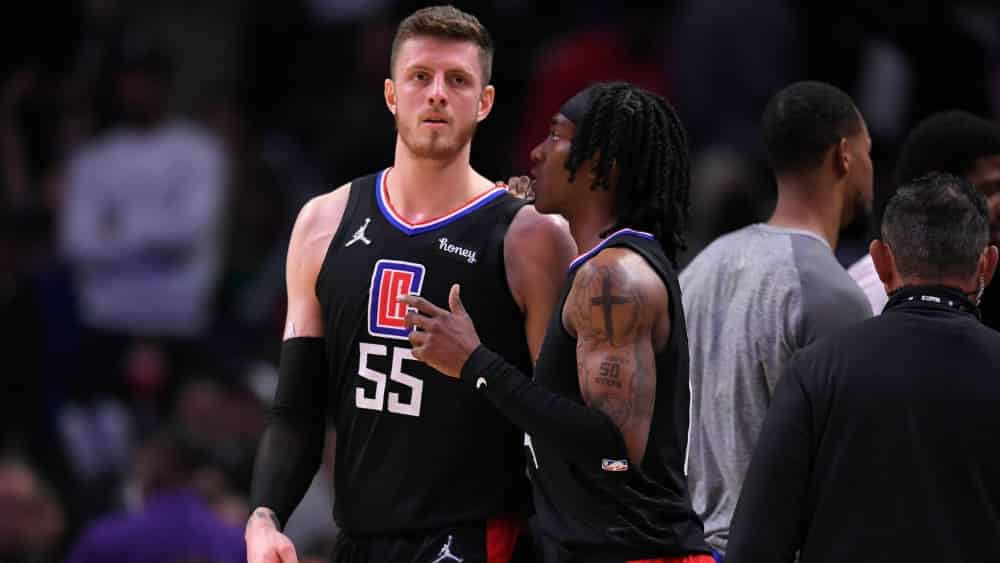 Free agent Isaiah Hartenstein (24) has signed a new deal – and will play for the New York Knicks in the future.


The Knicks may not be able to live up to their former sporting reputation, but they can still offer the legendary Madison Square Garden – and more than 15 million euros in two years for Isaiah Hartenstein.


According to “The Athletic” around insider Shams Charania, the big man, most recently a free agent, has signed a new deal to join the famed New York team.

68 games for the Clippers

This is the fifth franchise for the 24-year-old, who has played in the NBA since 2018, after joining the Houston Rockets, Denver Nuggets, Cleveland Cavaliers and Los Angeles Clippers.

In L.A., Hartenstein was used in 68 games last regular season (averaging just under 18 minutes), in which he averaged 8.3 points and 4.9 rebounds.