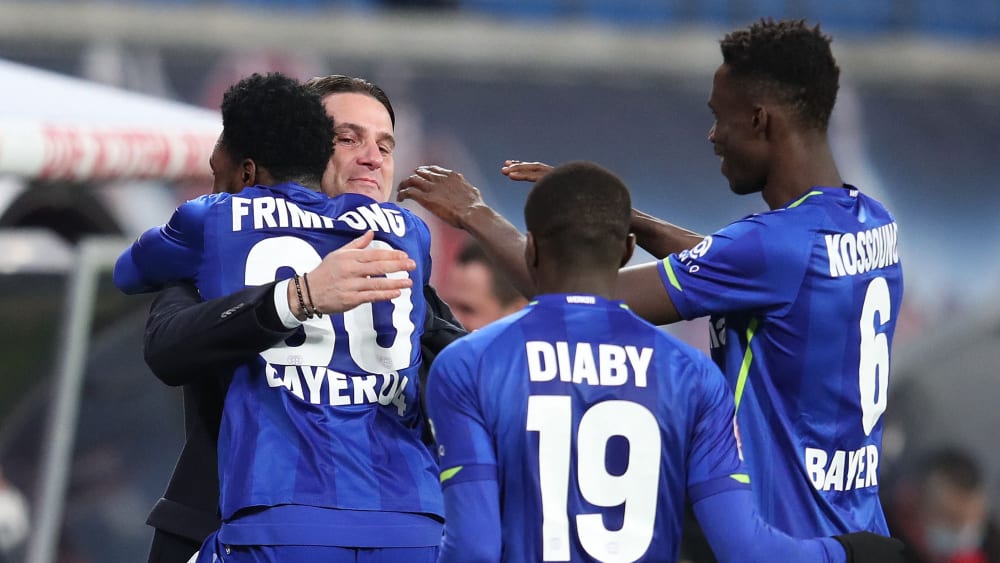 On Sunday, Bayer 04 gave themselves a sporting boost in the standings with a 3-1 win in Leipzig to move up to third place. One day later, the Leverkusen professionals came out for their booster inoculation at the BayArena and also sent a clear signal.

Gerardo Seoane spared himself this challenge. Even if Florian Wirtz recently declared that he hadn’t written off the championship quite yet. “I’ll leave that in the room “, said the coach when asked, who didn’t want to play the game with Bayer 04 as title candidates.

So, despite the convincing 3:1 victory in Leipzig, the 43-year-old didn’t even broach the subject and simply declared: “In the first third of the championship, the media did a lot to proclaim us as possible championship candidates. They can do that again. I leave that to others. We are limiting ourselves to our work of improving. The important thing is to continue with this drive. “

Leverkusen are now the best away team in the league

So Seoane doesn’t want to know about the title. But he would not deny that Bayer sent a signal with their win at RB. The performance was a sign, but “above all to ourselves. To the conviction that we are constantly working on. Also to the message that we have steadily improved over the last few weeks, that we have stood up as a group against this opposition,” said the Swiss in view of the crisis in results and the injury plight that has been overcome.

Fact: Bayer are the best away team in the league with 15 points, but rank 14th in the home table with only nine points. The victory in Leipzig was the first this season against one of the four Champions League participants after home defeats against Bayern Munich (1:5), BVB (3:4) and Wolfsburg (0:2). And thus also a booster for the table, in which the Werkself has now moved back up to third place after only two points from four games.

Booster action in the current competition

Sportingly, Leverkusen provided a boost on Sunday. On Monday there was the next booster for Bayer. The club created the opportunity for its professionals, who like the entire staff have all been vaccinated against COVID-19, to get their booster vaccination at the BayArena.

In view of the intensified pandemic situation, this is a clear signal both internally and externally. Especially because Bayer did not postpone the campaign until the winter break, but went through with it during the current competition phase.

On Monday, everyone from the players to the team cook received the third vaccination, where it made sense due to the timing. On Friday, the club will also make the corresponding offer to its approximately 300 employees. Clear signals from Bayer.