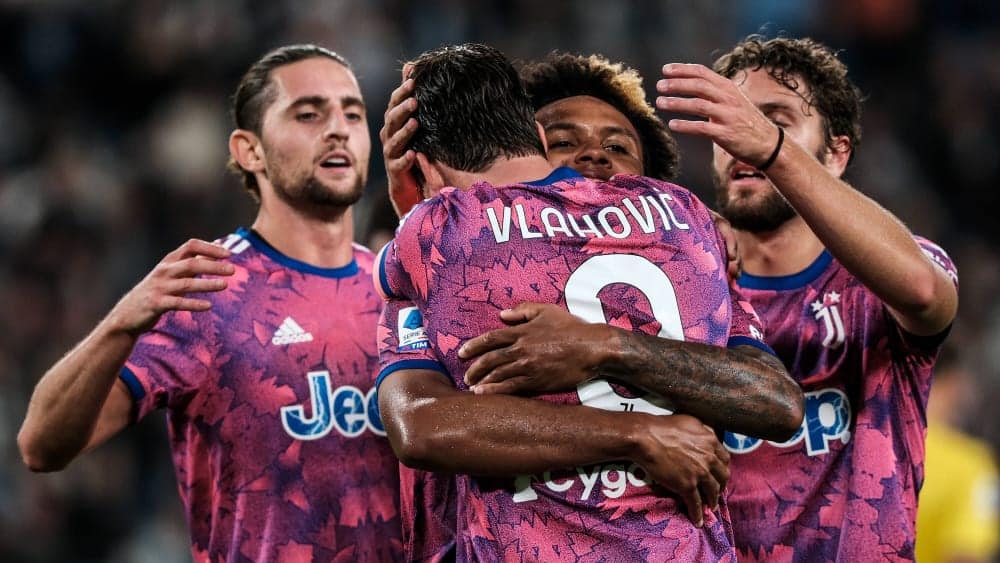 Juventus Turin managed to break free on matchday 8. Against Bologna, who were too harmless offensively, Kostic’s opening goal and a double strike after one hour were enough for a deserved 3-0 victory.


Five times in a row Juventus had not won. Too few for their own aspirations, especially as they had not even played against the top clubs in the league so far. After the 0:1 defeat against Monza before the international break, coach Massimiliano Allegri had to get his team back on track. Against Bologna, he changed his team in six positions, but ex-Bundesliga players Kostic (Eintracht Frankfurt) and McKennie (Schalke 04) were not affected by the rotation.

And this decision was to pay off. After a lively opening phase, in which the visitors knew how to play along, it was the ex-Frankfurter and the ex-Schalker who created the first scoring chance for the Old Lady. After Kostic’s cross from the half field, McKennie, who had moved into the penalty area, found himself unmarked and tested keeper Skorupski for the first time with his head (15th).

Especially the Serbian remained conspicuous after the missed chance and caused problems for the Rossoblu backline time and again. Almost logically, it was Kostic who made the long-suffering fans of the Bianconeri cheer after 24 minutes. Milik won a ball against Sansone in midfield – and suddenly the otherwise well-organised defence of the Motta eleven was open. Vlahovic was virtually free to pick his line-out option and opted for Kostic, who scored from an acute angle to take the lead and mark his first goal in a Juve dress.

Shortly afterwards Milik had the second goal on his foot, but this time Skorupski made a superb save on the line from close range (31.). Bologna’s own offensive actions were lacking. This was also due to the fact that top striker Arnautovic was consistently blocked by the Juve defence. It took 40 minutes until the first goal by the visitors: de Silvestri’s header was no real test for Szczesny.

In the second half, the visitors showed a little more courage, and after ten minutes, they actually started to press and were able to get deep into the opponent’s half. But that was to be their undoing.

After a misplaced corner, the home side switched quickly and the ball was passed via Kostic to McKennie, whose cross found the completely free-standing Vlahovic. The Serbian headed into the right corner from close range against Skorupski’s direction and increased the lead to 2:0 (59.).

Milik puts the lid on it

Two minutes later it got even worse: after a corner there was chaos in Bologna’s back line. Milik took advantage and hammered the ball under the crossbar from the edge of the penalty area – a dream goal (62.). Bologna’s morale was finally broken and the Old Lady pressed for the next goal. Vlahovic (68th, 72nd) and Rabiot (70th) tried it, Skorupski and the post prevented further goals. So it remained 3:0.

The Bianconeri saved their energy in the final minutes, after all, on Wednesday in the Champions League duel against the also winless Maccabi Haifa (9 p.m.), the possible preliminary decision for the possible advancement is already waiting, before the guest game with champions Milan on Saturday (6 p.m.).


Bologna must look downwards again after two defeats in a row and can even fall into the relegation zone if Hellas Verona win against Udinese on Monday (20.45).