HomeMotorsportsToyota: Alpine was "in a different category" at Sebring
Motorsports

Toyota: Alpine was “in a different category” at Sebring 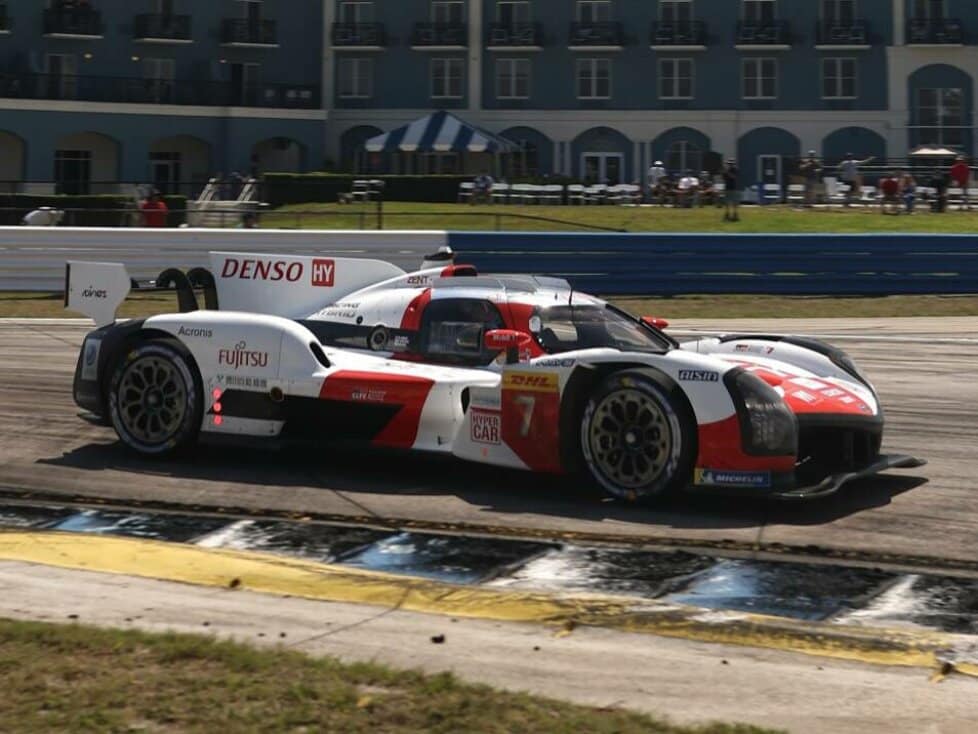 Toyota failed to top a race in the World Endurance Championship (WEC) for the first time in two years. The season opener at Sebring produced a tangible surprise when Alpine’s LMP1 car, which had actually been discarded, crossed the finish line in first place. Toyota team boss Kamui Kobayashi criticises the Balance-of-Performance (BoP).

Nicolas Lapierre, Andre Negrao and Matthieu Vaxiviere produced a dominant display on the Florida moguls in the French LMP1 car. In a race with three red phases, the trio had a lead of more than a minute over the 8 Toyota GR010 Hybrid – driven by Sebastien Buemi, Brandon Hartley and Ryo Hirakawa.

The sister car with number 7 had to be withdrawn after an accident by Jose Maria Lopez, so the Japanese had only one arrow in their quiver. The French took ice-cold advantage of Toyota’s weakness, even when the race was ultimately stopped early due to thunderstorms and lightning within a 15-kilometre radius.

Toyota without a chance

Kobayashi, who is not only team principal but also the driver of the 7 car, says Toyota had no realistic chance against Alpine at Sebring. The Japanese driver shares the car with Lopez and Mike Conway. “It was very difficult because of the BoP we got”,

He adds, “We weren’t as quick as expected and couldn’t beat even the LMP2 cars in qualifying. Alpine was 1.2 seconds faster per lap than us, so they were in a different category. The team’s drivers didn’t even go to the limit, while we went full throttle and were still slow. “

Kobayashi criticises the BoP classification, saying a hypercar that is supposed to spearhead the WEC prototypes should actually beat a discarded LMP1 car. “It depends on what the ACO decides, but it was nothing great for the spectators,” Kobayashi added. Toyota technical director Pascal Vasselon also criticised the technical restrictions that have flushed the team behind even the fastest LMP2 teams.

Kobayashi even goes so far as to say that Toyota would have been better off at Sebring had it not had to use the hybrid system. He says: “If we can’t use it until 190 kilometres per hour, where can you use four-wheel drive in the corners? It’s better to drive without the front engine and the battery because we would be lighter. Of course, we would be faster!”

However, Toyota can’t go completely without a hybrid either, the Toyota team boss admits, as the car was designed for this drive system. But Kobayashi sees another hurdle: “The problem is that the Glickenhaus is not fast. We have to adapt to [their level]. And even with this BoP, they are not as fast as us [in the race].”

“If the Glickenhaus was faster, we wouldn’t have this kind of BoP,” the Japanese driver clarifies. “Of course we are not happy with the situation, but there is not much we can do to be honest.” Hirakawa tries to see some positives too: “We are better at the end of the straights because we have less drag. “

However, he also criticises the WEC opener: “At Sebring there are a lot of corners that need downforce and no long straights, so that was good for them [Alpine]. But they shouldn’t be so much faster than us. I hope the BoP will get better for all the hypercars because it was difficult to overtake the LMP2 cars because we were only one second faster per lap.”

Toyota will be hoping for improvement at the second race of the season at Spa-Francorchamps. Commenting on his own performance in the Toyota hypercar, he says: “The Alpine was definitely too fast. Second place was the best possible result. My stints in the race were good in terms of lap times and I didn’t make any mistakes. So I am satisfied. “