This news makes fans breathe a sigh of relief 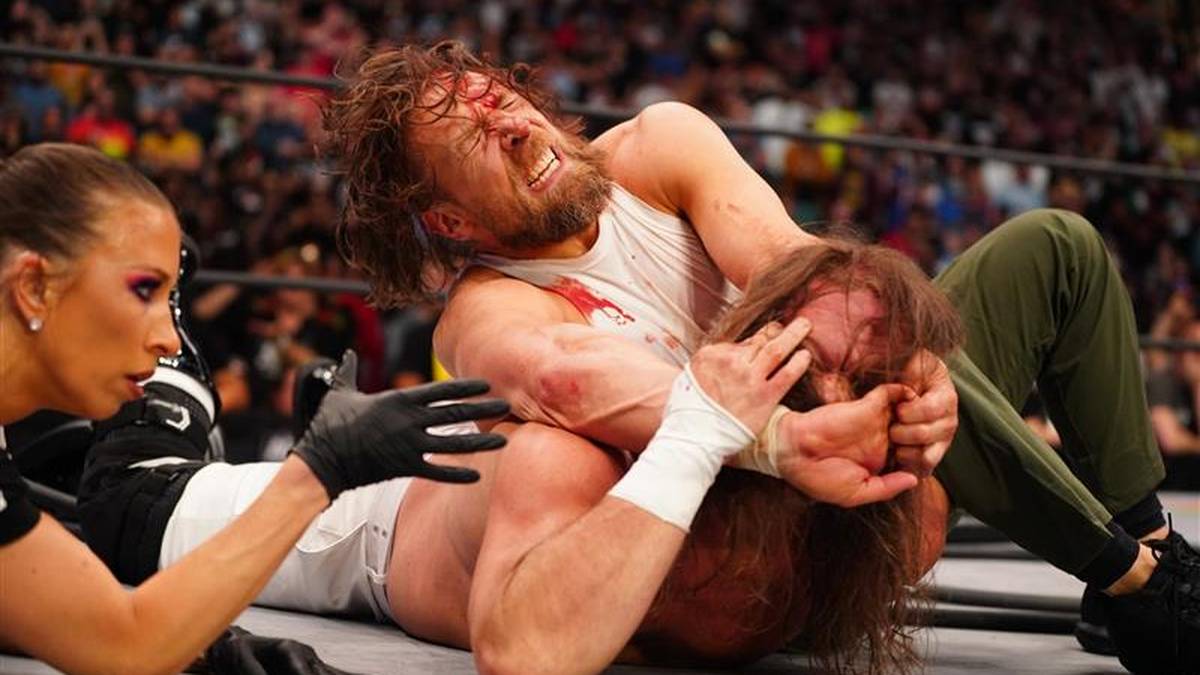 Breaking news for WWE competitor All Elite Wrestling – and many others who were worried about him, too: Wrestling’s top star Bryan Danielson is fit again.

WWE’s former Daniel Bryan announced on Sunday during an appearance at San Diego Comic-Con that he has been medically cleared to make a ring return. He will make his comeback match on Wednesday’s Dynamite TV show against youngster Daniel Garcia, it will be part of the annual charity special “Fight for the Fallen”.

The 41-year-old wrestler extraordinaire and husband of Nikki Bella’s twin sister Brie had been on hiatus for two months after suffering an injury in the brutally bloody “Anarchy in the Arena Match” at Double or Nothing.

According to a new internal policy, AEW never disclosed exactly what the injury was, but Danielson clearly let it be known that he had suffered another concussion – causing particular trepidation in his case.

A massive accumulation of head injury problems had forced Danielson to take a total of three years off from WWE starting in 2015. Danielson had declared his career over in the interim, but after further consultations with outside doctors, fought to make a comeback – for which he was finally cleared by WWE docs in 2018.

Danielson was always known for his physically risky style, which he toned down a bit after his comeback. But his move from WWE to AEW last year was also avowedly driven by a desire to “push my limits more”. He accused the now departed WWE boss Vince McMahon – while emphasising his highest esteem – of being “overprotective” of him at times.

For his matches at AEW, Danielson formulated the claim to “push my limits in a safe way”, a tightrope act that did not succeed at “Anarchy in the Arena”.

Danielson missed the big matches against Zack Sabre Jr. at Forbidden Door and the Blood and Guts match in June – as a replacement AEW recruited newly signed companion Claudio Castagnoli from Switzerland. With each week of his absence, there was also growing concern about how momentous the suspected head injury really was.

Lately, though, Danielson has been hinting that his return is near, threatening rivals Chris Jericho and Eddie Kingston – who contested last week’s Dynamite main event in a “Barbed Wire Everywhere Match. “

Garcia is part of Jericho’s group Jericho Appreciation Society, which is feuding with Danielson’s Blackpool Combat Club. Kingston was actually on Danielson’s side in this, but the storyline at Double or Nothing was that Kingston, in a blind rage at Jericho, cost his team the victory: he doused Jericho with gasoline and with him Danielson, who had just had the latter in a surrender hold on the verge of defeat and then had to involuntarily release it.

Danielson’s return diminishes AEW’s current major injury woes, which should be further alleviated in the coming weeks: both World Champion CM Punk (broken foot) and the long-injured Kenny Omega are said to be targeting a comeback at September’s All Out event.