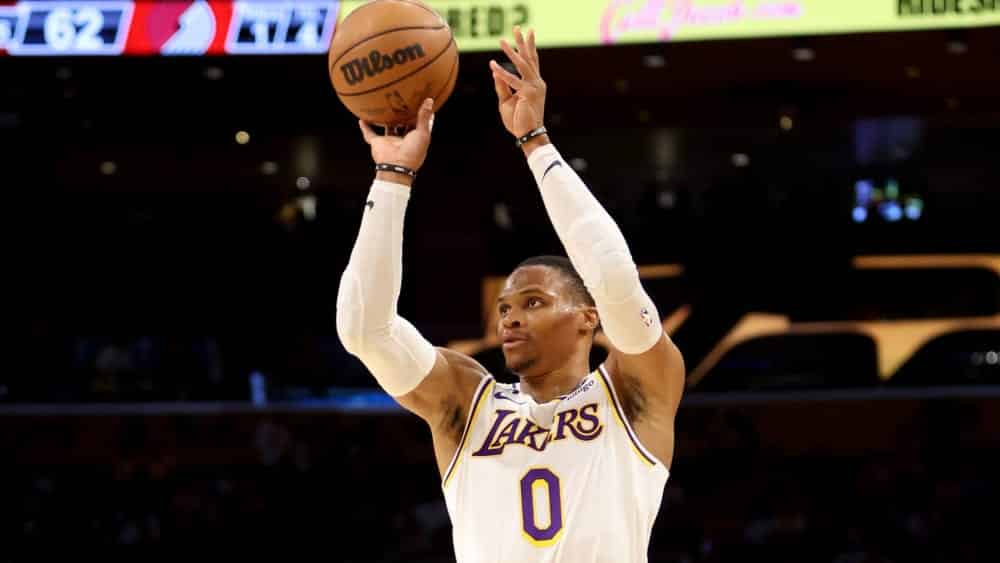 The Los Angeles Lakers have also lost their third game of the new season. Against the Portland Trail Blazers they lost 104-106 in front of their own fans on Sunday (local time)

Despite a seven-point lead with less than two minutes to go, the Lakers let the game slip away, scoring just two points of their own in that time. LeBron James (31 points) missed a chance to tie the game and go to overtime as the clock expired. Damien Lillard scored 41 points for the visitors and was the best scorer of the game.


The performance of Russell Westbrook, who opted for what he thought was the wrong shot with 27 seconds left and about 16 seconds on the shot clock and missed, was a talking point. Indirectly asked about it, James Westbrook jumped aside, “You can write about Russ all you want, but I’m not here to talk about him. I’m not going to do it, I’ve said that over and over again. That’s not who I am.”

At the same time, James lamented that the Lakers just couldn’t convert good chances. Also, he said, defensively they “couldn’t make multiple stops in a row. And Dame was Dame in the closing stages. I hate to lose, kudos to Portland. “

The Lakers continue to be without national team player Dennis Schröder. He underwent surgery for a ligament injury in his thumb and is expected to miss at least another week or two.

The Lakers are one of six teams in the NBA that have lost their first three games of the season. They include the Oklahoma City Thunder, who lost 106-116 to the Minnesota Timberwolves, the Sacramento Kings, who lost 125-130 to the defending champion Golden State Warriors, and the Houston Rockets, Orlando Magic and Philadelphia 76ers, who each had no games on Sunday.