Strong boss or puppet? The delicate personnel issue of the FCK managing director 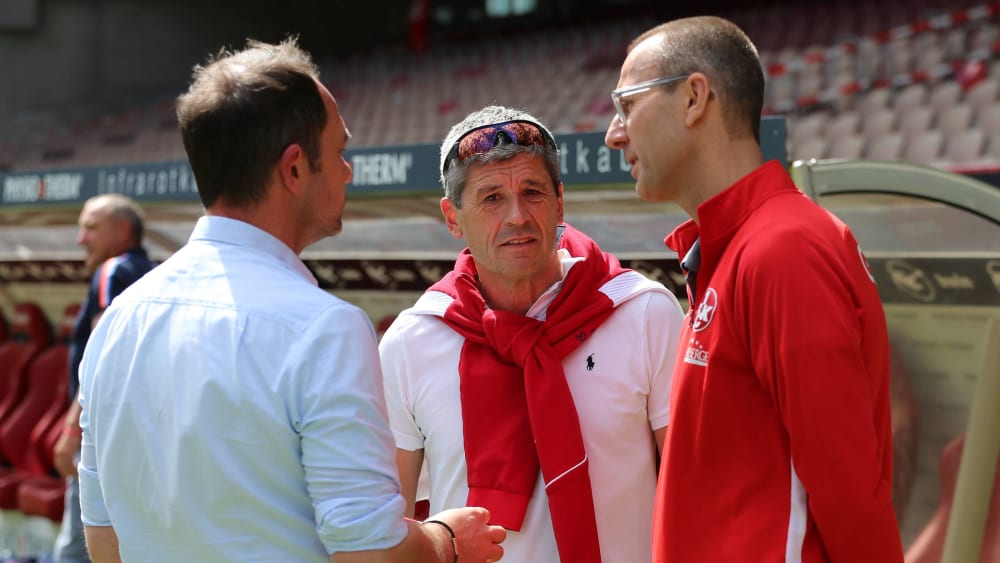 F1. FC Kaiserslautern needs a new chief financial officer after the separation from Soeren Oliver Voigt The advisory board around Markus Merk is looking for one – which is problematic

If the separation from a managing director becomes known through an announcement in the commercial register of the district court, this does not speak for the communication of the association. Specifically, not for the communication of the advisory board around ex-referee Dr. Markus Merk, who is responsible for appointing the management. After a day’s delay, FCK then announced the amicable separation from its commercial director Soeren Oliver Voigt – including the obligatory praise.

Merk’s parting words give the impression that a thoroughly harmonious collaboration is coming to an end: “With his calm, professional, objective and analytical manner, he has gained a high level of acceptance and a great deal of trust among business partners, sponsors, the committees and the staff.” But appearances are deceptive; a look behind the scenes reveals major cracks in the relationship between the two. Time and again in the past, the councillors on the supervisory board around Merk exceeded their authority and interfered in day-to-day business. In the same way, Voigt regularly had to defend himself against attempts by investors to exert influence.

The former sports director Boris Notzon suffered a similar fate. The situation culminated around the signing of Marco Antwerpen as coach at the end of January. Notzon was publicly dismantled by Merk, Voigt was not present at the presentation of the coach. The advisory board, which actually functioned as a control and advisory body, had effectively taken over power. Shortly after Notzon wrote an internal letter, which later became public, harshly criticising the events, he had to leave in March. But why all the old issues? Because it’s important to recall them around the upcoming new appointment.

Health problems were not the deciding factor

Voigt had been on sick leave in recent months due to a slipped disc, but this was not the decisive factor for the amicable termination of the contract, six months before it expires in June 2022.

Much more, there was no basis for a joint cooperation. Voigt has always been opinionated and straightforward during his time at the Betzenberg – still signed by Merk’s freshly elected board in December 2019, when the club was in a highly unstable situation. The 52-year-old played a decisive role in the successful conclusion of the insolvency proceedings, precisely because he stood up to ongoing unrest and internal and external resistance.

However, not everyone involved was happy about it in the long run, because according to kicker information, opinions differed strongly on some issues, especially regarding the strategic direction for the future. It is obvious that the separation now plays into the advisory board’s cards. The power structure threatens to shift further – away from the management, which is actually responsible for the operative business, towards the advisory board and investor circles.

It goes without saying that the advisory board is striving for good cooperation with the new managing director. But past experience suggests that the successor to Voigt will be a person who dances to the tune of this powerful body. The separation from Voigt has shown that Merk only harmonises to a limited extent with a man of strong opinions and contrary views.

The new head of finance at the side of managing director of sport Thomas Hengen, whose search the advisory board wants to conclude “as soon as possible, but without time pressure and with the necessary calm and diligence”, should be aware of this. Those who give the money at FCK (investors) and supposedly help to raise it (advisory board) will hardly refrain from wanting to exert their influence in the future. Less so when things are going well in sporting terms, as they are at present. Why should they? But woe betide the footballers of the traditional club if they lose another game or two …