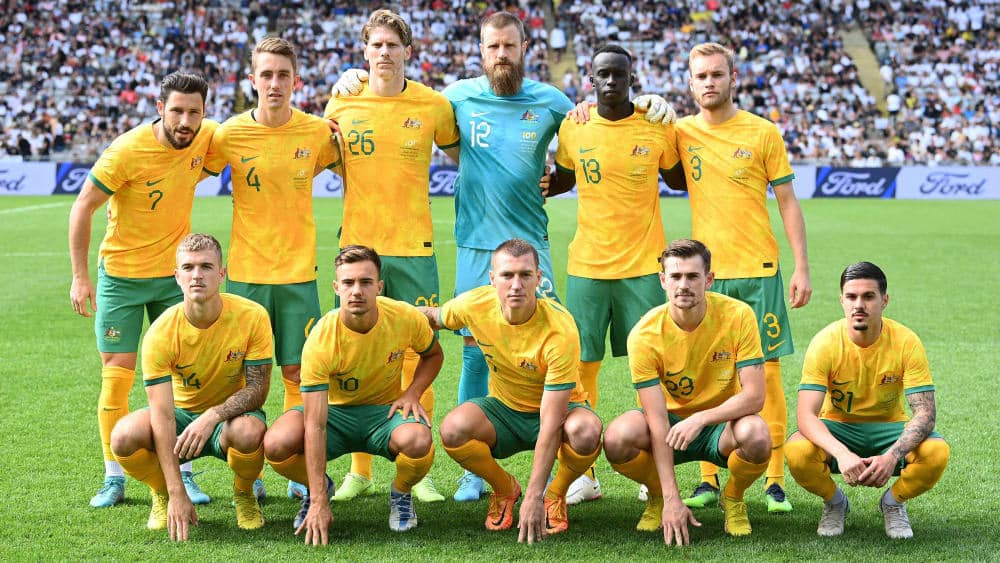 Around three weeks before the start of the World Cup, the Australian national team has issued a joint statement strongly condemning human rights abuses in host country Qatar and calling for change.

16 Australian internationals, including captain Matt Ryan, St Pauli’s Jackson Irvine and former Bundesliga professionals Mathew Leckie and Mitch Langerack, expressed their concern about the human rights situation in Qatar in a joint video. The video was released on Thursday morning along with a statement from the Australian Football Association and an open letter from the Australian Players Association (PFA).

The exploitation of migrant workers during stadium construction “cannot be ignored”, the federation’s statement said, also calling on Qatar to legalise same-sex marriage.

“We recognise the significant progress and legislative reforms that have taken place in Qatar in recent years to recognise and protect workers’ rights and we encourage all stakeholders to continue on this path of reform,” the statement said.

The players also stress in the video that progress has been made on paper, but it is not yet being implemented consistently. Improvements are needed here, they say.

“There are universal values that should define the values of football such as respect, dignity, trust and courage,” the players said. “When we represent our nation, we strive to embody these values.” The goal of football, they said, must be to leave a “lasting legacy” in Qatar.

Australia is the first participating team to criticise the host country in this way. Other participants are also planning protests. The Danish national team, which faces Australia in Group D, plans to wear an all-black jersey in honour of the workers who died building stadiums and infrastructure in Qatar, which the hosts do not like at all.