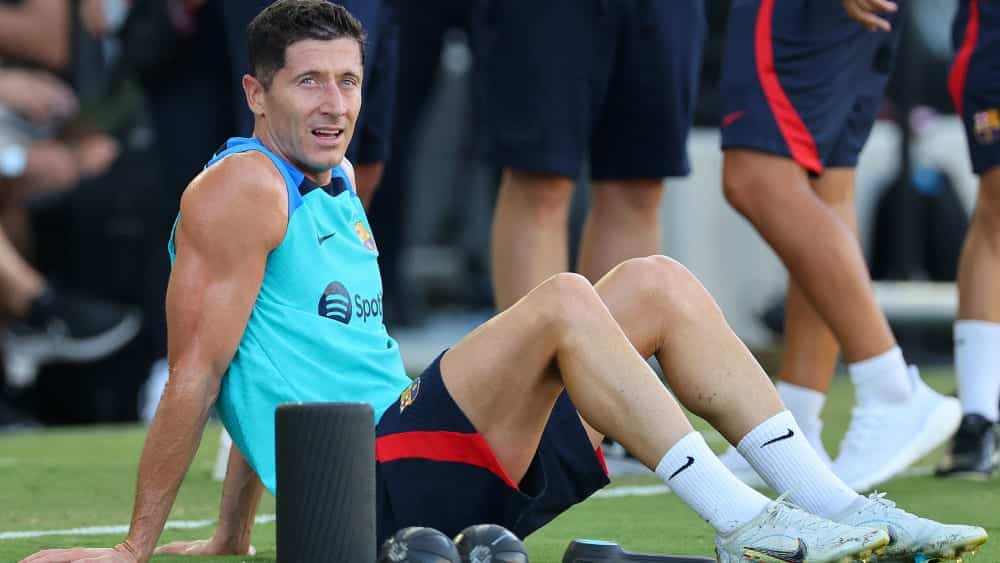 His new shirt number has not yet been decided, but FC Barcelona is already selling Robert Lewandowski jerseys. But there is a problem in the fan shop.


At FC Bayern, the number 9 belonged to Robert Lewandowski. “RL9” didn’t establish itself anywhere near as well as Cristiano Ronaldo’s brand “CR7” once did, but you can still buy clothes under the label.


It is not yet clear whether Lewandowski will be allowed to wear “his” number at FC Barcelona. When the Catalans officially announced his signing, this information was still missing; after all, the 9 is still on the jersey of Memphis Depay at Barça, who is to be transferred but is not yet on the verge of leaving.

And so Barça are already eagerly selling Lewandowski jerseys, but still without a number, only with “Lewandowski” written on the back. Those who wanted to buy one in the official fan shop, the Magastore at the Camp Nou, apparently had another problem – at least temporarily.


A video is circulating on Twitter & Co. in which a fan asks a fan shop employee why there are no more Lewandowski jerseys. Answer: “Because we don’t have the letter ‘W’ anymore and he has two of them in his name.”

In fact, Martin Braithwaite is the only other player in the Barça squad whose jerseys also require a W – and his jerseys are unlikely to be among the hottest.