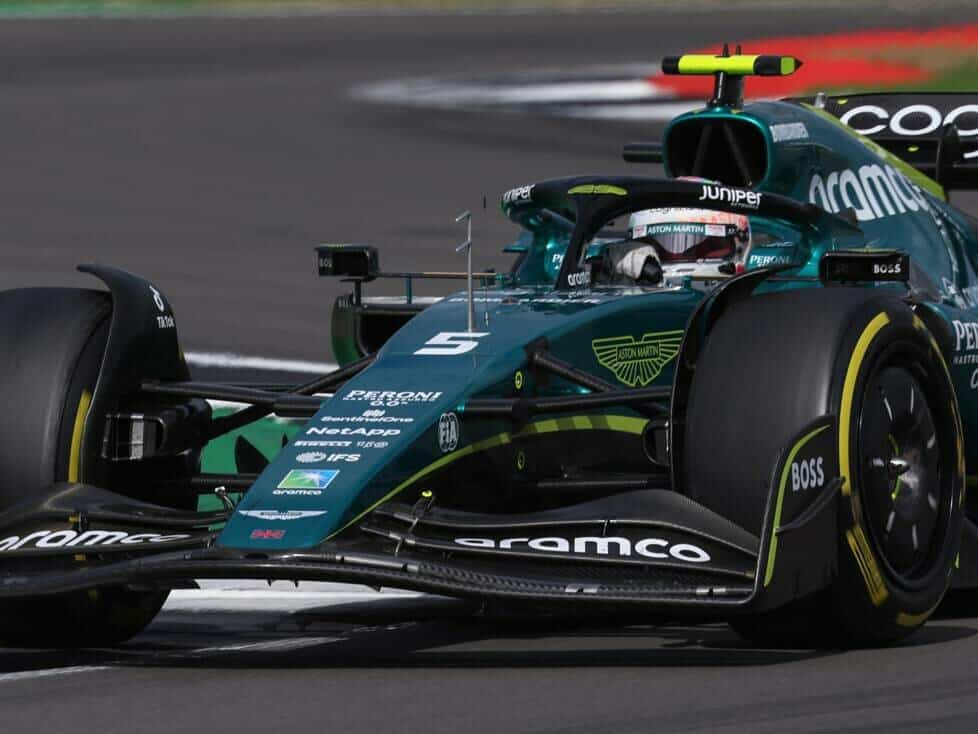 “I am satisfied,” says Sebastian Vettel after the Formula 1 race in Silverstone. Because after a weak qualifying and P18 on the grid, he crossed the finish line in P9 and still took two World Championship points with him. Considering the circumstances, this was still a good result for Aston Martin. And one that the team desperately needed, as Vettel explained to ‘Sky’.

The four-time Formula One world champion admits: The Q1 exit of both cars at the home race in Silverstone had weighed heavily on the mood at Aston Martin. He himself was also “pretty down” afterwards.

The result in the race was therefore “of course positive”, says Vettel. “The fact that we turned it around and took home something worthwhile makes us very happy. It helps us because we need points. We need the results to keep the mood good. “

Vettel: The second stop shouldn’t have been necessary

At least in the Grand Prix Aston Martin showed “good pace”, says Vettel. His AMR22 was also “very consistent”. And the team had “dared to do something” with the strategy, with an early first tyre change for Vettel on lap six.

That had paid off, the German said. “We then had very, very consistent lap times, actually no off at all. And I think the safety car at the end maybe took seventh place away from us. I think we could have managed it until the end. “

But because the safety car was deployed due to Esteban Ocon’s broken down Alpine, Vettel also made another pit stop. As was “of course the plan”, he stressed. “But because the tyres held up so well and because we timed it so well, I think we could have done it [without another stop]. “

Why Vettel is happy for Schumacher

However, in retrospect, he had no regrets about his performance. “The fact that we took points is great,” said Vettel. “I’m also particularly pleased for Mick [Schumacher] that he scored his first points today.”

Vettel crossed the finish line 3.3 seconds behind Schumacher and had a direct duel with his German compatriot in between. Did it bring back memories of Miami? At the USA race, Vettel and Schumacher had collided in a duel for points and dropped out of the top 10.

In Silverstone, however, there was no danger, says Vettel. “I know he was faster at that point. I had already more or less waved Max [Verstappen] through, or didn’t put up much of a fight, because I was really struggling on the medium, compared to the cars on the soft tyre. “

“I knew there was no point in fighting like a bull. I thought maybe I could come back, but the group was too fast for me,” said Vettel.

Vettel’s involvement in the start crashes

By the way, the ex-champion almost didn’t make it past the first corner: Still on the home straight, Vettel was involved in the aftermath of the serious start accident involving Guanyu Zhou.

How did Vettel experience the scene? He describes: “I had a really good start and then wanted to pull alongside. I was pulling over when Alex [Albon] braked. By the time I braked, the contact was unavoidable.” Albon first crashed into the wall, shortly afterwards colliding with other cars.

“I’m really sorry because his race was over with that,” said Vettel. “The bottom line is that it’s very nice to hear that nothing happened to him. I just watched the replay. Good to hear that Zhou is okay too after the big accident. “