Sebastian Vettel: Reaching Q2 will be ‘hard enough’ at Monza 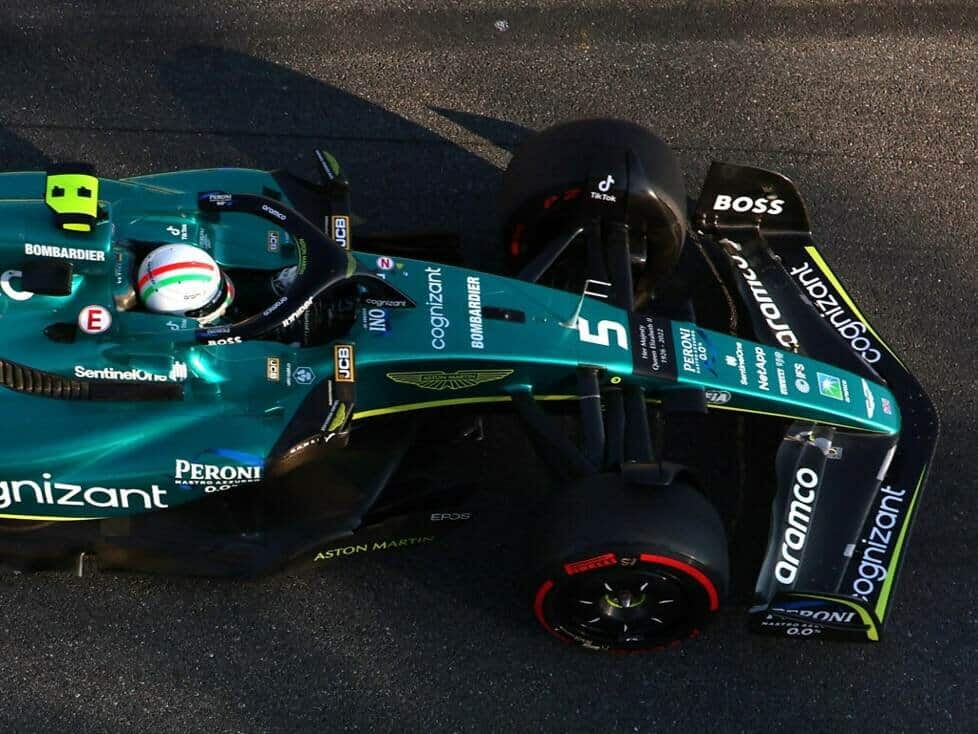 “We’re still struggling a bit here,” Sebastian Vettel told ‘Sky’ after Friday practice at the 2022 Italian Grand Prix in Monza. The four-time Formula One world champion and his Aston Martin team-mate Lance Stroll were only 17th and 18th in the opening session, with a gap of over two seconds to the leaders.

During his 26 laps in Monza, however, he had noticed that Aston Martin had a “difficult weekend” ahead of them, because the car was “quite difficult” to drive. Vettel continued: “I think we’re losing time everywhere at the moment. “

The former champion sees the most potential for improvement “in the corners”, but only if his team manages to find a “better balance” for the car. This is exactly what Vettel was missing in Friday’s practice session: “The car felt very stiff today. That is particularly noticeable here. And a stiff car is even more difficult to drive with little downforce. “

This is probably one of the reasons why his fastest lap on Friday was “not very good driving-wise”, says Vettel. He had “also not timed the second lap so well” and was therefore not very satisfied. “That’s where we can improve and hopefully with a bit more experience in these conditions and with a better set-up we can get a bit more out of it. “

Is Q1 the end of the line for Aston Martin again?

The only question is whether the improvement at Aston Martin will be so great that Vettel can hope to progress in qualifying. Most recently, Vettel had been eliminated in Q1 three times in a row.

“Of course I hope we make it out of Q1 [in Monza],” said Vettel. “It’s going to be difficult enough because the field is very close here. And today, as I said, I wasn’t very strong. For Saturday we definitely have to find more time than the people in front of us. “

Will at least the intra-team slipstream help? Aston Martin was one of the teams that at least tried running the cars in tandem in Friday practice. But Stroll says: “The slipstream doesn’t seem to be that big with this generation of cars. That could change the dynamic quite a bit in qualifying.”

Vettel, too, is “not really” thinking about slipstreaming for a fast lap. He says: ” “If we are both on track at the same time [for flying laps], we don’t have a lot of options. We then just have to focus on ourselves and making it out of Q1.”

First, though, it’s a case of “taming” the Aston Martin AMR22, Vettel explained. “All in all, our car is still jumping a bit too much, has little grip. And we need to find more pace. “