HomeBundesligaSabitzer's time at Bayern: No failure, just a number too big so...
Bundesliga

Sabitzer’s time at Bayern: No failure, just a number too big so far 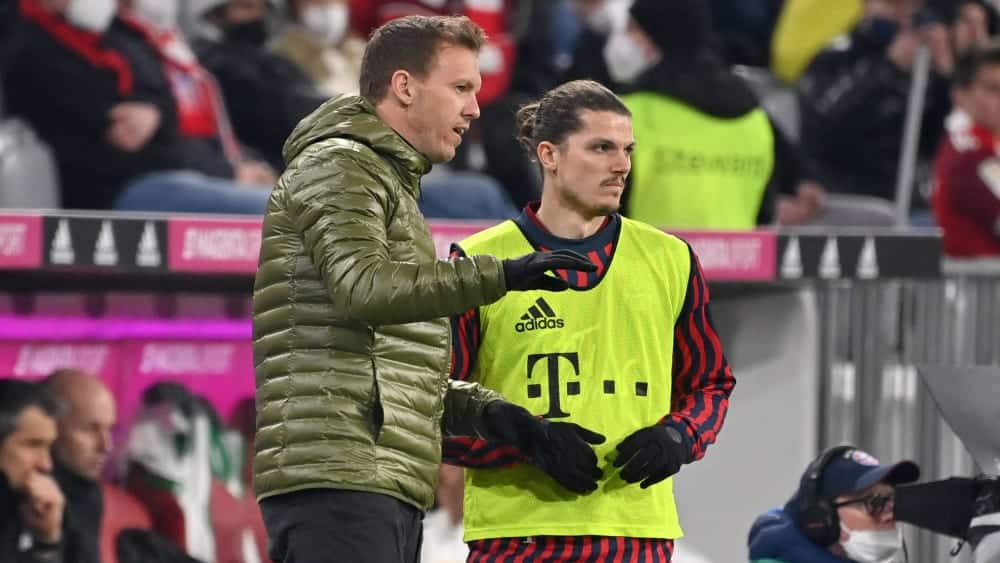 Coach Julian Nagelsmann was convinced of him. But Marcel Sabitzer has not yet been able to fulfil his undoubted potential. The Austrian knows how to assess the situation correctly.

When he was officially presented in September, Marcel Sabitzer still said: “It was always a dream to come here.” He had fulfilled that wish. But he also said on that day: “Bayern Munich is of course a house number.” Today, about half a year later, he is more likely to sign the second sentence in his balance sheet. Because so far, it seems, the record champions are too big for him.

The Austrian, who was a regular and captain under coach Julian Nagelsmann in Leipzig, has not been able to assert himself so far, although he would be flexible enough in terms of his abilities. The ten, the eight, the six – all possible positions for him. But others are given preference: Thomas Müller, Leroy Sané, Leon Goretzka, Corentin Tolisso. Even in comparison with the potential substitutes Marc Roca and Jamal Musiala, he recently drew the short straw.

From the beginning, on the day of his presentation, Sabitzer also said: “When you come to FC Bayern, it’s logical that you’re a challenger first.” For now … But nothing has changed in this situation. 21 times he has been used in the Bundesliga, but of those he has been substituted 15 times.

Sabitzer is a stranger – and not just at left-back

His kicker grade average of 4.19 explains many a non-consideration. On the field he is a stranger, as if he was not really integrated into the Bayern game. He often made simple mistakes, unusual mistakes for him. In addition, he had to play at left-back, a position he was completely unaccustomed to, due to personnel shortages. Certainly not a task that brought him self-confidence.

Sabitzer is not happy in Munich. And given the bosses’ efforts to sign Ajax talent Ryan Gravenberch, a midfielder, an early end to Sabitzer’s Bayern time in the summer seems quite possible. Which could probably make sense for both sides.

Sabitzer is clever, very reflective. He will assess the situation correctly and know that a transfer in the summer would not mean a blatant failure, but simply that FC Bayern is a house number. As he himself has known from day one.