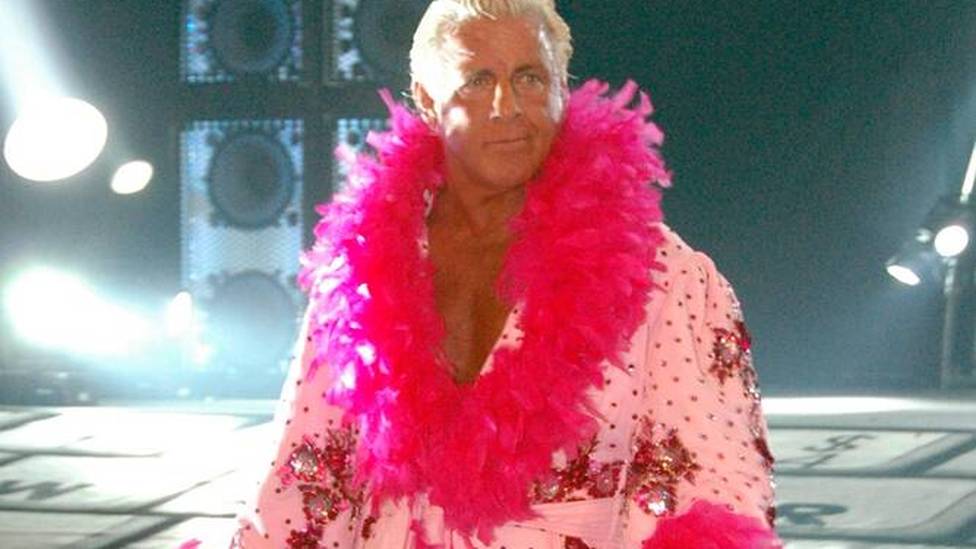 Possibly the greatest wrestler of all time wants to do it again: “Nature Boy” Ric Flair dares to make a comeback in the ring, time and place are fixed, other well-known names are also in the mix.

At 59 his career ended with one last big match in WWE, supposedly. At 62, he supposedly called it quits for good. At 68 he fell seriously ill and almost died. Now he is 73 – and plans his comeback in the wrestling ring.

“The Nature Boy” Ric Flair, with 16 World Titles.reigns in major leagues the greatest show fighter of all time for many, wants to do it again.

For weeks, he’s been posting videos of himself wrestling practice with his barely-half-elderly admirer Jay Lethal. In the meantime, he has confirmed that there is more to it than just a fitness programme: on 31 July, he will compete in what is this time considered his ultimate “last match” in Nashville, it will take place as part of the convention Starrcast.

Last year, the father of former women’s champion Charlotte Flair had his supposed retirement contract terminated in a dispute at the later long-time workhorse WWE.

According to the Wrestling Observer, Flair is planning a match with WWE rival AEW’s tag team FTR , which features his old Horsemen companions Arn Anderson and Tully Blanchard. It is to be against the Rock’n’Roll Express (Ricky Morton and Robert Gibson) and an initially unknown partner. Meanwhile, Fightful reports that it is to be Ricky “The Dragon” Steamboat (69), with whom Flair shares a breakthrough rivalry at the time.

The Hall-of-Fame duo of Morton and Gibson were a style-setting tag team of the Eighties, whose feud with the equally legendary Midnight Express is considered a blueprint for modern tag team wrestling. The two were also role models for the young Shawn Michaels in his time as The Rockers with Marty Jannetty, among others.

Lately in the headlines for murky reasons

Flair already made a ring appearance at Mexican League AAA last summer, helping his soon-to-be son-in-law Andrade El Idolo against Kenny Omega. It seemed to be the harbinger of an engagement with Andrade and Omega’s home league AEW, whose boss Tony Khan is also personal friends with.

But then things went quiet when Flair was caught up in renewed allegations of sexual harassment of a stewardess in a TV documentary. Flair admitted to exposing his penis to the woman in 2002 – but denied further allegations of physical assault.

Warning examples at WWE and Co.

It’s not unique that Flairs can’t let go of his passion even at an advanced age: in Japan, for example, his generational comrade Tatsumi Fujinami is still regularly active. How risky Flair’s ring comeback will be ultimately depends on how much he is willing to take on – when the even older WWE boss Vince McMahon stepped into the ring again this year, he kept the risk within limits.

The fact that the line is very fine after 50 at the latest is shown by the examples of various companions of Flair who got themselves into life-threatening situations with late wrestling matches – Steamboat, but also Sting, the Undertaker and Bill Goldberg.

Another prominent case is that of Jerry “The King” Lawler: the long-time commentator on Monday’s show RAW suffered a heart attack on camera in 2012 shortly after a WWE match – which Flair also cited as a contributing reason to end his own appearances as a wrestler. Lawler, who is now 72, continues to be in the ring to this day.

Flair had supposedly called it quits in 2008 with one last big WWE match at WrestleMania against Shawn Michaels, but then came back again, including for a comeback tour with Hulk Hogan and a few matches in the smaller league TNA.