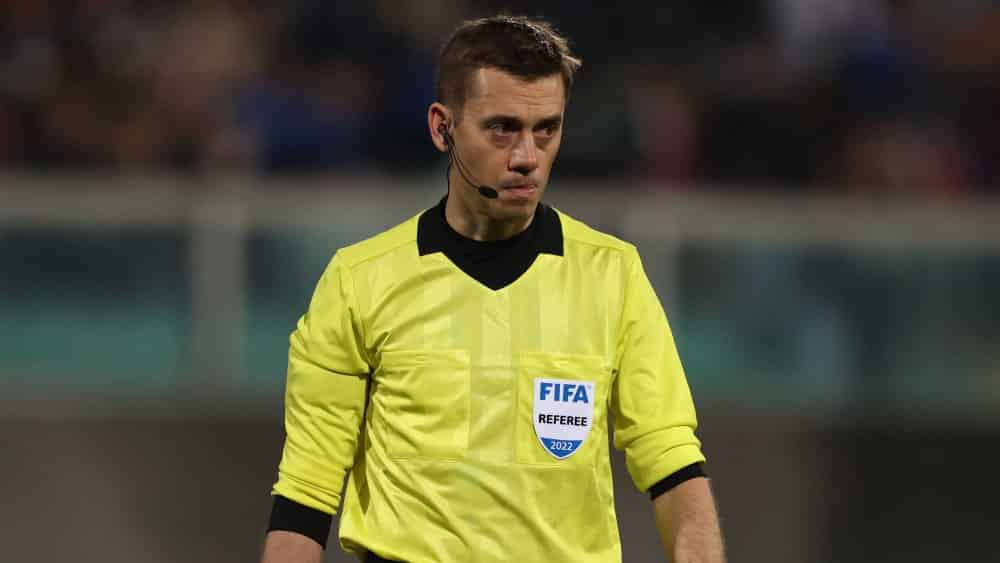 The referee Clement Turpin will officiate the Champions League final between Liverpool FC and Real Madrid, UEFA announced. It’s a return to the big final for the Frenchman, but this time in a changed role.

Turpin has been active on the international stage since 2010 and was already involved in the final in Kiev four years ago, but then still as a fourth official. Last season, he officiated the Europa League final between Villarreal, the surprise team of the current CL season, and ManUnited.


This year, for the first time, he will be in charge of a Champions League final when Liverpool and Real Madrid meet in Paris on 28 May, in a rematch of the 2018 final. At the same time, the royals will meet an old acquaintance. Turpin also refereed the quarter-final first leg, which Real won 3-1 against Chelsea FC thanks to a treble from goalscorer Karim Benzema.


As in the quarter-finals, the refereeing team will be completed by Nicolas Danos and Cyril Gringore. In addition, Jerome Brisard as video referee and Benoit Bastien as fourth official will be part of the team.