HomeFootballRed Bull Salzburg vs. Shkendija: Can the Austrians take it a step...
FootballNews

Red Bull Salzburg vs. Shkendija: Can the Austrians take it a step further? 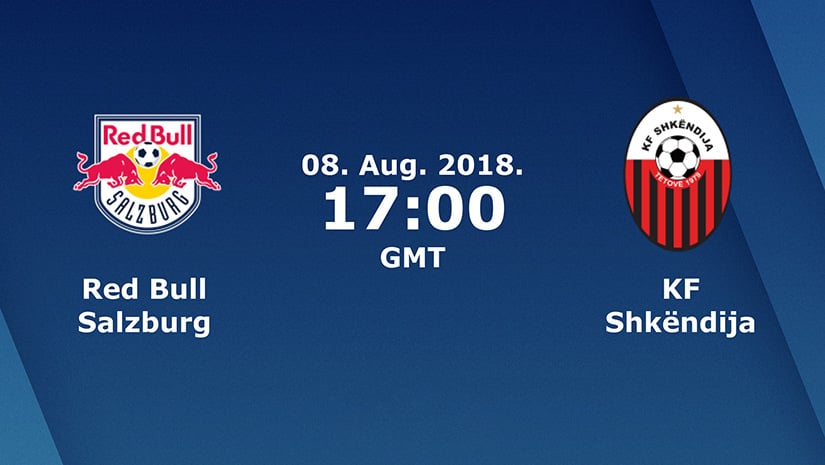 Last season, Red Bull Salzburg were the surprise of the Europa League tournament, getting all the way to the semi-finals, where they were unjustly eliminated when Olympique Marseille scored an extra-time goal after a corner kick that never was. Nevertheless, their high-pressing, electric, fast-paced football consumed fans from around the continent. This season, the Austrians are trying to step it up a notch by finally qualifying for the Champions League group stage, something which has evaded them over the past few years.

The first leg of the first meeting between Austrian champions Red Bull Salzburg and Macedonian champions Shkendija will take place in Salzburg’s Red Bull Arena as part of Champions League’s third qualifying round.

Last season, Red Bull Salzburg was eliminated by Rijeka at this very stage. In general, they’ve lost in the third qualifying round or in the playoff round in the last five years.

They enter 2018/19 Champions League qualification at this stage after winning the Austrian Bundesliga for the fifth consecutive time. The team has been dominant since Red Bull took over. Salzburg has qualified for the Champions League group stage only once, back in 1994/94 as Casino Salzburg and exited the competition with a win (vs. AEK Athens), three draws (AEK and Ajax) and two losses (AC Milan).

Bet with bet odds by Bet365

Shkendija became Macedonian champions for the second time in history in 2017/18, finishing an astonishing 35 points ahead of second-placed Vardar and scoring 101 goals in the process. Besart Ibraimi and Ferhan Hasani were the league’s top goalscorers with 23 and 22 goals each. Ibraimi was the one who found the net against Moldova’s Sheriff Tiraspol in the second round of qualifying. His was the only goal in the tie (1-0; 0-0). Before that, Shkendija eliminated Welsh TNS despite losing the second leg 4-0, winning the first one 5-0. 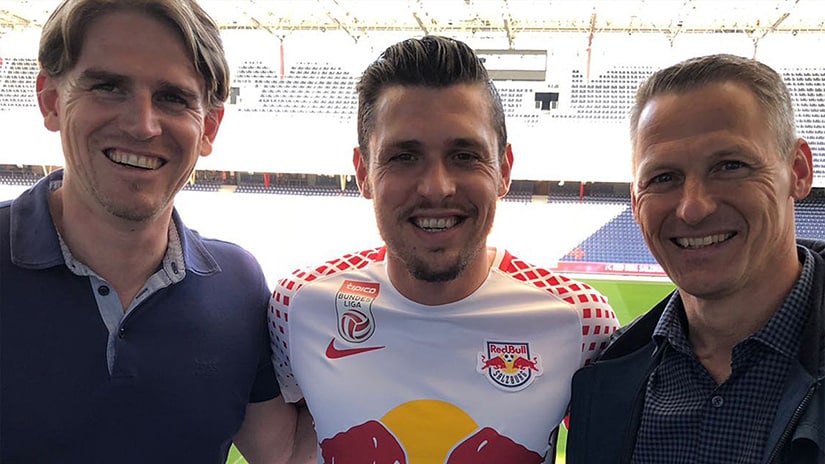 Red Bull Salzburg’s pre-season has been very impressive. They have won all six pre-season friendlies against Seekirchen, Ufa, Jablonec, Utrecht, Rennes and Rizespor, conceding only two goals in the last match against Rizespor (5-2). Their overall goal difference? 24-2. Last season’s Europa League semi-finalists also beat Oedt 6-0 in the Austrian Cup. They’ve followed up those results with two wins against LASK Linz 3-1 and at Mattersburg 0-2 (goals in 94th and 95th minute) in the first two games in the domestic championship.

The team’s biggest off-season acquisition is Austrian international Zlatko Junuzovic (30), who spent seven productive campaigns in Austria before signing for Werder Bremen in 2012, and Jerome Onguene (20), who joined from Stuttgart. Onguene should be the starting centre back alongside Andre Ramalho.

The summer didn’t go without some departures as well, as Duje Caleta-Car joined Olympique Marseille, while Valon Berisha moved to Lazio.

The biggest threat on Shkendija’s goal will come from Israeli international Munas Dabbur. Amadou Haidara, Xaver Schlager and Hwang Hee-Chan, who were all a key part of last season’s success, should start as well.

Marco Rose has some Injury problems ahead of the fixture, as Stefan Lainer, Alexander Walke, Fredrik Gulbrandsen are all unavailable.

Shkendija are dangerous but should be no match for Red Bull Salzburg’s cohesive group.

The winner of this matchup will take on the successors from Serbia’s Crvena Zvezda and Slovakia’s Trnava. The first leg was played yesterday in Belgrade and finished in a 1-1 draw.