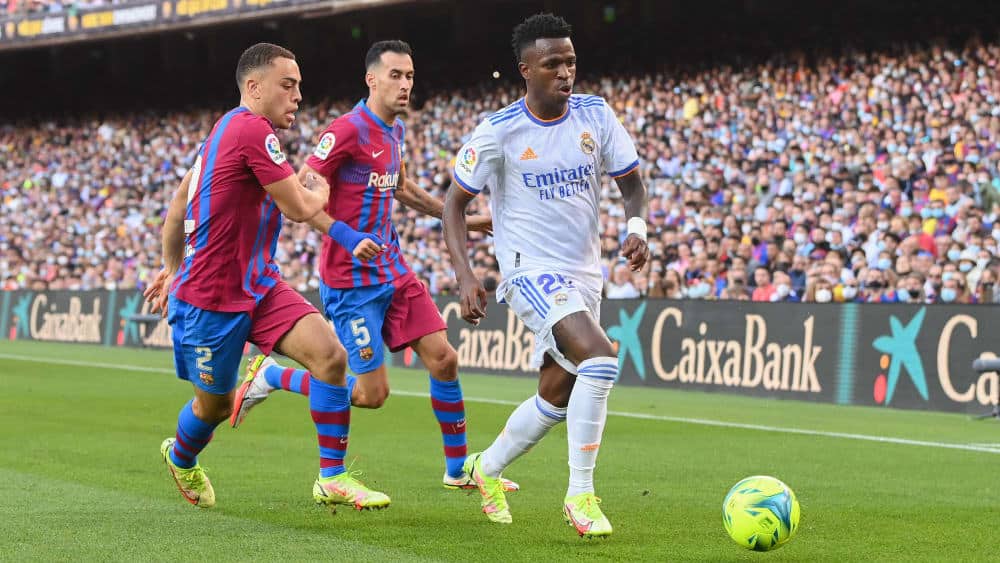 La Liga has published the match schedule for the upcoming 2022/23 season. Champions Real Madrid have their first home game only on matchday 4.

While the big rebuild of the Camp Nou is still to come, that of the Estadio Santiago Bernabeu is almost complete – but only almost. Due to work on Real Madrid’s legendary stadium, the Spanish champions will be away from home on each of the first three match days.


Carlo Ancelotti’s team, who will play the European Supercup against Europa League winners Eintracht Frankfurt on 10 August, will kick off their campaign on the weekend of 13 and 14 August at promoted UD Almeria. FC Barcelona play at home against Rayo Vallecano, while Atletico are close to Getafe FC.

The highlight matches are distributed as follows in a fixture list where the first and second legs are not symmetrical: For the first Liga Clasico, Real Madrid hosts FC Barcelona on Matchday 9 in mid-October, with the reunion coming in the 26th round in mid-March. Real will play their city rivals Atleti on matchday 6 in mid-September, and then at the end of February at the Bernabeu (matchday 23).

Incidentally, the favourites have not managed to defend their title in the championship since the 2007/08 season.