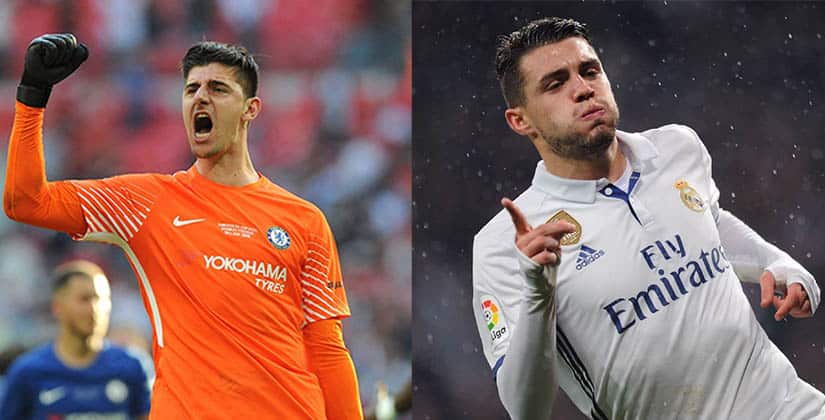 Thibaut Courtois has made no secret of his desperation to join Real Madrid this summer, even refusing to return to Chelsea for their preseason training to push the deal through. With a year left on his contract, Chelsea was left with little choice but to let the want-a-way goalkeeper make his dream move to the Bernabeu.

They made sure that they had recruited a replacement before they sanctioned the deal, with a world record deal for a goalkeeper to acquire the services of Kepa Arrizabalaga from Athletic Bilbao for £71m. This broke the recent record that Liverpool paid for the Brazilian No.1 Alisson Becker.

So with Kepa signed, Courtois was granted permission to move to Madrid in a six-year deal. As part of the agreement, Chelsea has signed Mateo Kovacic on loan, as he seeks more playing time after a frustrating time at Real Madrid. The Croatian midfielder had outlined his desire to move from the club during the World Cup, putting several clubs on high alert. With Courtois as their bargaining chip, Chelsea was able to secure him on a one-year loan for a season which sees them without Champions League football.

There could still be more drama at Stamford Bridge on deadline day, with Real Madrid expected to try and tempt Chelsea with a big money bid for Eden Hazard. However, Chelsea have the luxury of being able to keep hold of the Belgium star, as he still has two years remaining on his contract. Hazard has hinted that he would like to try a new challenge but the ball is in Chelsea’s court. The problem is, they could end up needing to sell him in a year anyway in a similar situation to the Courtois one.

A chance for the younger players this season?

New Chelsea manager Maurizio Sarri is expected to put a lot of faith in some of his younger stars like Tammy Abraham and Ruben Loftus-Cheek who were both out on loan last season. Of course, that could all change in the next few hours as the transfer action heats up!